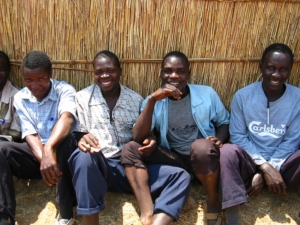 In 2017, NASA, in partnership with the University of Maryland, established its official agriculture and food security program known as Harvest. Using resources like Earth observation (EO) data, artificial intelligence and the knowledge of experts worldwide, Harvest works to enable informed agricultural decision-making in the U.S. and around the world, all while doing so in a “cost-effective and transparent” manner.  As part of this broader Harvest framework, however, there is also Harvest Africa— the more targeted initiative working to advance agriculture and food security in Africa specifically.

The program also works to advocate for the wider use and implementation of these advanced agricultural tools by both “public and private organizations” in an effort to “benefit food security, agriculture and human and environmental resiliency,” per Harvest’s mission statement. There are several key aspects to know about this program and its work on the African continent.

With an emphasis on Eastern and Southern Africa— two regions in which the World Bank projects an estimated 66.4 million people will experience food-related crises in July 2022. Harvest Africa intends to find innovative, partnership-driven solutions to address Africa’s most difficult food and agricultural issues.

Using data gathered from advanced satellite and machine technology, the program works to identify the root causes of problems like crop failure or production shortfall in Africa, all in an effort to get out in front of those problems early.

Several crucial objectives of Harvest Africa, according to its website, include:

The Impact So Far

Harvest Africa is currently carrying out numerous projects; many of which are seeing extremely promising results. In Kenya, for example, an estimated 3.5 million people in the country’s Arid and Semi-Arid Lands (ASAL) region are currently facing acute food insecurity. Harvest is running a program that is playing a massive role in helping government officials and local farmers diagnose and find solutions to widespread crop failure.

By using satellite data to track elements such as rainfall, soil moisture and land use, NASA teams funded by Harvest and the U.S. Agency for International Development (USAID) are helping to make more accurate and detailed assessments to track where crops are growing, according to NASA Applied Sciences.

As described on NASA’s website detailing the program, “Agriculture officials in Kenya now have help pinpointing exactly where farms are thriving or struggling. They’re using views from above provided by NASA satellites to help direct support where it is needed most,” NASA Applied Sciences reports.

Another Harvest project making great strides is the Crop Monitor. In close collaboration with several other global organizations, this project is working to implement the wider use of EO satellite data and agricultural monitoring systems in various African countries, according to EOS.

Having been “adapted and adopted for full operational use by national ministries in Kenya, Tanzania and Uganda,” and “currently in development for use in Mali and Rwanda,” the Crop Monitor project is an exciting possibility for other African countries.

In countries like Mali, where over 29% of the population is battling malnourishment and Rwanda, where one-fifth of the population is food insecure, the development of such a project is certainly good news, as it has the potential to bring much-needed relief in the face of harsh struggle.

As threats to African crop production prove more and more numerous— such as increased drought, frequent flooding and growing pest infestation — the need for innovative solutions and increased cooperation is higher than ever.

However, with the work of Harvest Africa, African countries and their farmers have a real chance of getting ahead of such disasters; a chance which leads to the potential for greater crop success and, as a result, increased food security.

With the help of these early warning systems, Earth observation data, artificial intelligence and some of the world’s brightest minds, Africa is becoming better equipped than ever before to thrive in the face of crisis.

Food, Fuel and Finance Crisis in Sri LankaHow Living With Hope is Helping People with Disabilities in Africa
Scroll to top