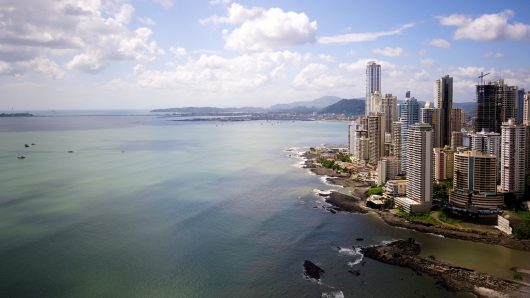 Reports from 2014 highlighted good news in the Panamanian economy. Continued years of growth particularly helped the credit sector, and lending was increasing at rates of more than 10 percent per year. This was a healthy rate in comparison with similar rates of overall economic growth in the country. Consumer lending was not left behind during this boom, and household credit access in Panama increased at rates nearly on par with general growth.

This increase in credit access in Panama was great news for its developing domestic economy. Panama’s strategic location and the canal linking some of the world’s most-traveled shipping lanes have made it a center of commerce since the early 20th century. However, despite countless international commercial links, many of Panama’s people did not see the benefits of strong development until a century after the opening of the canal. A new government measure of poverty released in 2017 showed that nearly a fifth of the population was living in significant poverty.

The strong growth reported in 2014 was followed by further increases in small household lending in Panama as microfinance products began to increase their offerings in Panama. In 2017, the government of Panama revised a large number of regulations to assist microfinance and its effects in reducing poverty in the country. This was joined by the creation of REDPAMIF, a nongovernmental microfinance network, to assist lenders in creating a fertile environment for the success of expanding credit operations.

Small consumer lenders in Panama are following the pattern of successful development and small lending projects worldwide in diversifying their offerings. From the same 2017 report, 40 percent of the microlending portfolio in Panama is in loans to women. Similarly, in a highly urban country (nearly three out of four Panamanians live in the metropolitan area of Panama City), 13 percent of their loans are disbursed to rural borrowers.

Panama’s economy has continued to improve rapidly. An investment to expand the canal, which opened to new and larger shipping vessels in June 2016, has paid off in rates of growth that are outpacing most of the rest of the world. With good management and continued success in innovative development trends, credit access in Panama and the country’s poverty rate should continue to improve in the coming years as well.