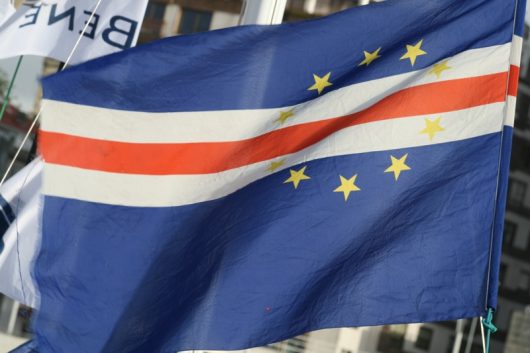 Around 500 kilometers off the west coast of Africa lies the former Portuguese colony of Cabo Verde, a volcanic archipelago republic made up of ten islands and five islets in the central Atlantic Ocean. The country not only lacks in natural resources but also possesses a tiny portion of arable land and is prone to drought.

Despite these prevalent difficulties, Cabo Verde won an international reputation for maintaining economic and political stability, due largely in part to the humanitarian aid sent to the country.

Cabo Verde is a stable multi-party parliamentary democracy with a high trade deficit, most of which is offset by foreign aid and economic remittances sent by emigrants back to the country. The U.S. State Department praises the country as a “model of democratic governance,” noting the country’s high literacy rates and high per capita income among “the best development indicators of any country in the region.”

Cabo Verde received the notable distinction of becoming the first African state to complete its first Millennium Challenge Corporation (MCC) Compact in late 2010. The MCC is an independent foreign aid agency established by Congress that works with partner countries around the world to alleviate global poverty.

Following this successful $110 million MCC initiative that strengthened the country’s infrastructure and boosted agricultural production, the Cabo Verde government signed a five-year compact in 2012 to institute further water, sanitation and land management reforms. This second compact builds upon the first to establish transparency and accountability to achieve actionable results.

Last year, the government celebrated the end of its second compact and became the first one in the world to benefit from such a remarkable success of humanitarian aid to Cabo Verde.

“We are proud of the partnership between MCC and Cabo Verde that has built a solid foundation aimed at reducing poverty and improving the lives of individuals, families, and communities across the country,” MCC Vice President Robert Blau said at a closeout ceremony held on November 30, 2017. “We are also heartened by the Government of Cabo Verde’s commitment to continuing these programs and reforms in order to guarantee sustainability of the investments.”

The success of humanitarian aid to Cabo Verde is possible thanks to the united efforts of numerous countries and international aid organizations across the globe. The Cabo Verde government has also managed and administered the aid funds responsibly, entrusting state-owned companies and religious institutions with the implementation of developmental projects.

The United Nations (U.N.) has actively worked within the country through many conventions and projects. For instance, in early December, the U.N. held a seminar on social security, economic growth and development in the country. A month earlier, the United Nations Population Fund (UNFPA) worked with the National Directorate of Health and National Sexual Health Program to develop a national strategic plan for improving sexual and reproductive health in the country.

The African Development Bank has highlighted the success story of humanitarian aid to Cabo Verde in a detailed research project report, affirming that the very small island economy has “managed to defy the odds and transform itself from an extremely poor country into one of the better performing economies in Africa in just over two decades,” and thus managed to overcome “severe geographic, economic, and social challenges to become an African success story.”