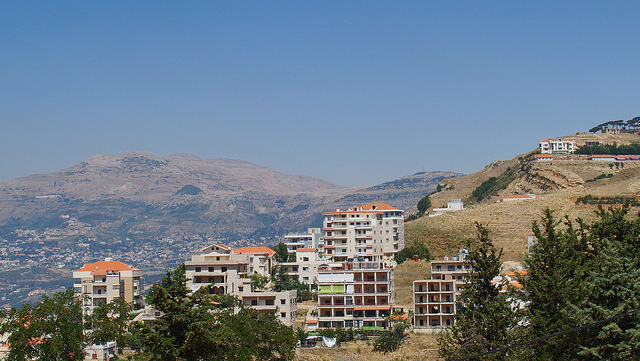 The country of Lebanon sits on the coast of the Mediterranean Sea and is bordered by Israel to the south, Syria to the west and Turkey to the north. Lebanon’s tumultuous history with its neighbors has hindered its economic growth and recovery. The last two decades have seen Lebanon wrapped up in wars and invasions from its neighbors.

Since 2011, over one million refugees from the Syrian Civil War have registered with the Lebanese government. These refugees live in camps, supported by the U.N., among the Lebanese population in major cities. The influx of one million people in six years has severely strained the economy of a country of only six million. A report by the World Bank claims that this influx has limited credit access in Lebanon.

Wars, occupations and bombardments have damaged Lebanon’s infrastructure. Although much of the damage was done to Lebanese cities, the countryside was not untouched. Any damaged farmland can significantly hurt credit access in Lebanon. Much of the rural population lives in poverty and already had difficulty gaining access to credit before the war in 2006; damaged fields and lower crop yields only made this more difficult.

To increase credit access in Lebanon, specifically to rural farmers, the International Fund for Agriculture Development (IFAD) launched a program targeting these farmers, called the Hilly Areas Sustainable Agricultural Development Project (HASAD). By organizing crop rotations, water access and soil conservation, the project aims to increase the productivity of the farmers. An increase in crop yield means higher profits for the farmers, which could, in turn, increase their access to credit.

Credit access in Lebanon is much easier to gain in urban areas, where more of the country’s wealth is located. After 16 years of civil war (1975-1990), people found that the banks could not offer sufficient credit. Kalafata was founded in 2000 to assist banks and help small businesses gain credit access in Lebanon. The organization is supported by the European Union, the World Bank and the Lebanese government.

Since the beginning of the refugee crisis, Lebanon’s economy has only grown by one to two percent each year. The refugees have increased the amount of available labor, but many Lebanese blame them for taking their jobs. This increase in labor could potentially help small businesses boom, which will hopefully increase the growth of the Lebanese economy.

Economic growth and credit access in Lebanon will continue to be hindered by the instability of the region. Unfortunately, regional stability does not look to be anywhere in sight. Recently the Prime Minister of Lebanon Saad al-Harir stepped down from power, claiming he feared for his life. This has sparked outrage from the Presidents of Lebanon and Iran. Both parties claim that this is interference from Saudi Arabia. The leader of Hezbollah has decried that this is an act of war against Lebanon.

Most recently, President Donald Trump declared that the United States will move its embassy in Israel from Tel Aviv to Jerusalem, increasing tensions in the Middle Eastern region and possibly hindering the further development of nations like Lebanon. Lebanon’s greatest hope for its future lies in itself and how it will continue to handle the refugee crisis. Perhaps allowing refugees access to work opportunities and credit in Lebanon will give the nation’s economy the boost it needs.