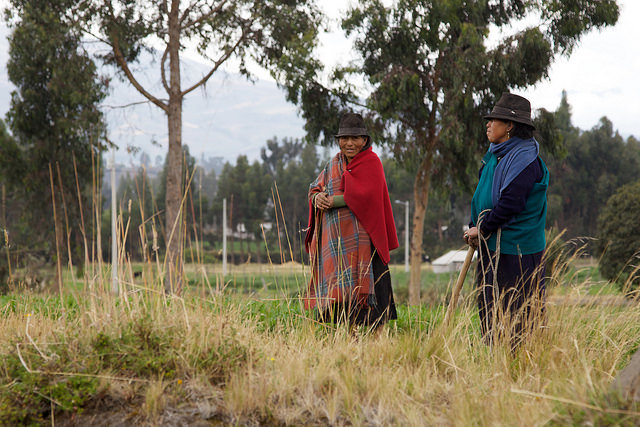 Ecuador, located on the northwest coast of South America, implemented numerous credit programs in recent years. These changes help raise credit access in Ecuador and affect women and high-poverty communities the most.

According to the U.S. Department of State, 10 tax laws were passed in Ecuador from 2006 to 2012, all working to help credit accessibility and the economy. An estimated 5,000 new jobs will be created in 2015 to 2019 from finance programs.

World Council of Credit Unions, Inc. (WOCCU) works to help extend credit to those who are poor or low-income clients. WOCCU established three programs to help grow access to credit:

WOCCU and the U.S. Agency for International Development (USAID) built the three programs on past designs and determined the best way to further credit access in Ecuador.

CREER has been one of the most effective programs for an increase in credit access in Ecuador. According to WOCCU, CREER uses five 16- to 24-week cycles of loans. The first loan starts at $200 and can then be increased in $100 increments up to $600 if they are paid off by the end of the cycles. Furthermore, this program is involved with four different credit unions, helping people to reach an all-time high of self-sufficiency at 168 percent.

How the Programs Help Women

According to WOCCU, 48 percent of the clients of these programs are women, with more than 200,000 registered accounts. The SCWE program works to help women who are capable of working with microenterprise but do not have the necessary assets to be successful.

In the villages, credit unions work with 20 to 25 members who want access to credit and loans. Part of the CREER program from WOCCU found that the women requested — and demonstrated the ability to pay off — higher loan amounts than the standard $60 to $300. The credit unions noticed the women’s potential and raised the loan amounts. Many of these women and other persons in low-income areas had an option to graduate from the credit unions, which allowed them access to loans of anywhere from $1,000 to $2,000.

The mix of these programs from USAID and other organizations have worked successfully to expand credit access in Ecuador for not only women but also people who live in low-income areas. All of these programs give people a chance to have credit and take out loans that they might not otherwise have access to.