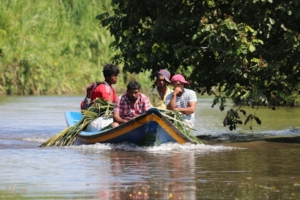 Guyana, an English-speaking country situated on the northern coast of South America, has one of the highest suicide rates in the world. The country tallies about 29.2 suicides for every 100,000 deaths, a number surpassed only by Lithuania and Russia. This unsavory statistic can be an important indicator of a country’s relationship with mental health. The seven facts about mental health in Guyana show the variety of complex and interconnected factors that contribute to its high suicide rate.

7 Facts About Mental Health in Guyana

As a result of the efforts from non-profits and legislation like the National Suicide Prevention Plan, Guyana’s suicide rate has dropped from 44.2 percent in 2014 to just under 30 today. While it is clear that improvements are being made, the country still has a long way to go in holistically addressing mental health. An overhaul of the outdated legislative framework surrounding mental illness may be the next step towards improving mental health in Guyana.