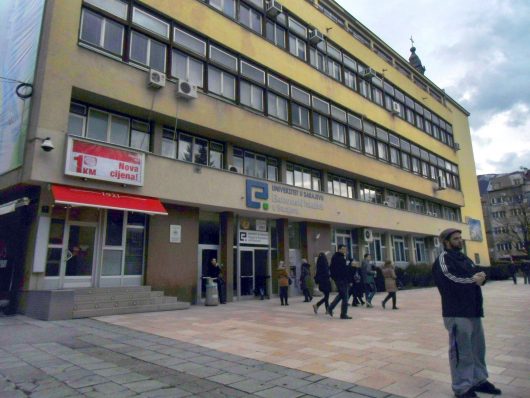 People often sing the praises of microfinance as a means of encouraging entrepreneurship and growth in developing countries. Without a doubt, microloans are a resourceful tool. With the encouragement of the international community, they have been used rather extensively to help improve the ease of credit access in Bosnia and Herzegovina. That being said, it is important to view microloans not as an economic panacea, but as a component of the overall financial sector that can and does affect other aspects of the developing economy.

The economic crisis that began in 2008 continues to affect credit access in Bosnia and Herzegovina. In addition to causing extended deflation, which hurts small businesses, it also left lending institutions very risk-averse, especially where small and medium-sized enterprises are concerned.

The situation is not all bad. There is an unusually large number of financial institutions in the country and the demand for credit is beginning to increase as the economy grows. This increase in demand is also caused by the growth of many small businesses. Unfortunately, conservative lending practices mean that while it would appear that would-be borrowers have plenty of options, it can still be difficult to get a loan. Additionally, high taxes and complicated regulations mean that there is a large informal sector in the country, further complicating the small business environment. Some of these informal operations are able to undercut their formal counterparts, making competition difficult and hampering people’s ability to get a loan.

The U.S. Agency for International Development (USAID) is attempting to bring about change. Its Development Credit Authority Loan Guarantee facility backs up to 50 percent of the loan principal for borrowers deemed too risky for a regular loan. USAID is improving credit access in Bosnia and Herzegovina by enabling borrowers to secure financing who would otherwise be rejected.

However, it is important to consider how improving credit access in Bosnia and Herzegovina might have unintended impacts. This growth in access to microloans without broader changes in the macroeconomy has meant that while it is easier to secure financing to start a business, the same cannot be said for securing financing to grow an existing business.

While the international community has stepped in to encourage microloans, they have not done the same to encourage banks to make larger loans available to medium-sized enterprises seeking to grow. While many banks claim to offer this kind of financing, the reality is that many will only lend to the most exceptionally qualified applicants, and even then the rates and terms offered may simply not be feasible for the borrower.

This means that there is an ever-growing cohort of businesses in the country that are too large to benefit from microloans but too small or still too risky to borrow from domestic banks. This is a major hurdle to clear before credit access in Bosnia and Herzegovina can really be said to have improved.

It is also important to consider the impact that improved credit access in Bosnia and Herzegovina may have on education. One recent study found that 16 to 19-year-olds in Bosnia and Herzegovina whose parents received microfinancing for their family businesses were nine percent less likely to be regularly attending school. This figure jumped to 19 percent when the adults in the household had only a primary school education.

This is not to say that improving credit access in Bosnia and Herzegovina for small businesses isn’t a worthy endeavor. It most certainly is, and it can and does lift people out of poverty. However, it is important to also provide continued support and acknowledge the ways that this issue interacts with Bosnia and Herzegovina’s broader economic circumstances to ensure that this money is able to make a real difference.