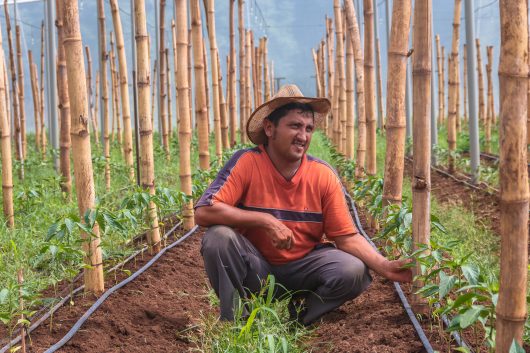 The country of El Salvador is known for being the smallest and most densely populated country in Latin America. It has the twelfth-highest GDP in the Americas. A large portion of its economic growth comes from remittances.

Meanwhile, agriculture, which had fallen off in the 1990s, continues to play an important role in the economy as it employs 25 percent of the country’s labor force. Coffee and sugar, El Salvador’s main exports, account for a significant portion of the agricultural sector. But despite its comfortably high GDP, 32.7 percent of its citizens live in poverty.

A significant obstacle to alleviating poverty is limited credit access in El Salvador. In particular, while banking is common and easy to obtain in larger cities like San Salvador and Santa Ana, the poor, especially in rural areas, have the most difficulty. Of the 40 percent of the population with low income, only 6 percent have accounts at financial institutions. And while access has grown, most banks do not have branches outside of the major cities.

Through these efforts, the World Bank was able to legally enact a framework that allowed for those third-party groups to carry out basic financial services. And between December 2013 and May 2014, basic banking transactions through third parties totaled nearly US $45 million. By utilizing technical channels outside of banks themselves, the World Bank has been able to provide credit access in El Salvador for all its citizens.

And in 2010, the International Finance Corporation, which is a part of the World Bank, financed a $30 million project specifically for micro-financing. Based on remittance flow, which accounts for more than $2.8 billion of El Salvador’s GDP, this project will establish a new funding platform for Fedecredito, a cooperative of 55 El Salvador credit unions and banks. Through support from the World Bank, which will grow Fedecredito’s portfolio by up to 25 percent, Fedecredito hopes to use this new structure to give credit to over 30,000 micro-entrepreneurs.

Through these programs, credit access in El Salvador has improved, especially for the rural poor. As these projects continue and El Salvador gains more stability, hopefully, their citizens will have more economic freedom.