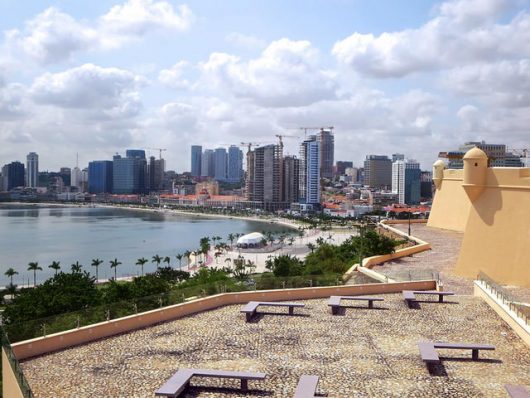 As of 2016, Angola was the United States’ fourth largest African trading partner. This is primarily due to the vast oil reserves that exist within Angola’s borders. Because of the lucrative nature of oil exports, these reserves are a crutch that Angola’s economy relies heavily upon. Oil, as a commodity, has a predictive economic effect. The global economy experiences an ebb and flow that roughly mirrors oil prices. Angola, due to its heavy reliance on oil exports, is a microcosm of this pattern, meaning that its economy is at the mercy of shifting global oil prices. As of August 2, 2018, the price of a crude oil barrel was at a moderately strong $70. This is a slight boon to Angola’s economy, but will likely be short-lived as powerful global players such as the United States and China begin maneuvering to reduce their reliance on unclean energy sources.

Economic growth and longevity in Angola are reliant on sector diversification. If the nation continues to rely heavily on its oil production, then it will not be able to achieve economic stability and robustness in the coming years. Developing and growing new economic sectors often requires start-up capital in the form of investments and loans. Despite strong financial institutions, credit portfolios are limited in Angola across both the private and public sector. Increasing credit access options in Angola is key to its success as a developing nation.

A variety of institutions and initiatives exist that aim to increase credit access in Angola. Chief among them is Angola’s own governing body, the Government of the Republic of Angola (GRA). In 2015, the GRA created both new legislation and a new agency dedicated to investment and exports. Both these initiatives were established with the hope of employing start-up capital to bolster economic diversification and reduce reliance on oil in the nation.

The United States Agency for International Development (USAID) began a program in 2014 aimed specifically at Angola’s small and medium business sectors. Credit access across these sectors is chronically low, which results in drastically reduced economic growth. USAID’s 2014 credit access program revolves around a partnership with Banco Keve, a bank headquartered in Angola’s capital, Luanda. This partnership provided the program with increased financial mobility, which allowed it to offer $4.8 million in loans to businesses lacking credit access in Angola. Ninety-six percent of these loans were utilized, and 38 percent went to women-led small- and medium-sized businesses.

Recently, credit access in Angola has received local support. This summer, the African Development Bank approved $100 million worth of credit to be received by Angola’s primary investment bank, Banco Angolano de Investimentos (BAI). This funding is to be focused on the development of a new facility dedicated to providing capital support for small and medium businesses involved in international trade. The timing of this deal is key, as banks in Angola have been facing difficulties of securing credit access dedicated to trade support for local businesses.

Even as credit access in Angola has been buoyed by international and local support, it still faces significant challenges. Angola remains quite low on the World Bank’s 2018 Doing Business index, which reduces the potential for foreign investment. This is only compounded by steadily declining economic growth within the nation. Clearly, Angola is presented with a long road towards inclusive credit access and economic diversification. Luckily, more and more institutions and agencies are stepping in to contribute to the cause. With this growing support, Angola now wields an ever-expanding credit-based toolkit that will aid it in weathering an ever-changing global economic climate.