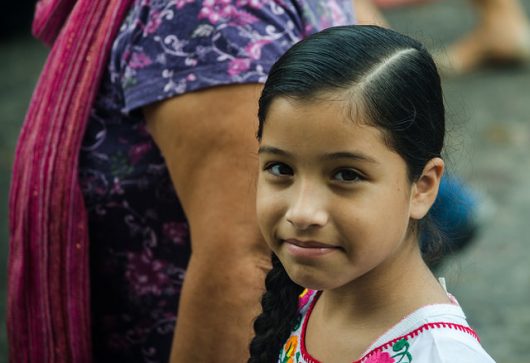 Recently, immigration has been at the forefront of political controversy given its potential for economic impact on both nations. The underlying economics of U.S.-Mexico immigration offers a glimpse into the roots of the issue and how it is being addressed today.

Currently, a great deal of the migrants come from economically and politically troubled states where a great deal of blame is directed at drug organizations battled by federal governments. The poorer states tend to have a disproportionate amount of drug-related activity, which can bottleneck growth to the drug-elite in the states.

Take, for example, Michoacán. The state is a leader in the most migrants sent to the United States and has also been noted as one of United States’ five states to avoid when traveling in Mexico. While the state is 15th in GDP, it accounts for 57 percent of Mexico’s ‘very poor’ population.

Drug activity, however, is only a part of the problem. While job prospects are available, the pay rate is very low. Unemployment sits around the three percent mark, but the minimum wage rate is just below five dollars. The high opportunity cost of those working in cartels serves as a major factor in why many may join. For others, crossing the borders to the north is a better option.

Of the 50 states, California receives the most of the legal and illegal immigration from Mexico (37 percent). Consequently, the state and private organizations have taken significant measures to try and remedy underlying economic stressors and ensure smooth transitions for immigrants in the U.S.

Over the years, factors in the economics of U.S.-Mexico immigration have shifted. Although there is increased media coverage, emigration from Mexico has actually decreased. Since 2008, the number dropped from 6.4 per 1000 residents to 3.3 and has continued to fluctuate around the number.

Part of the reason is that conditions in the United States, while better, are not easy to access. Stanford scholars at the university’s Immigration Policy Lab found that a high cost of naturalization actually prevents low-income immigrants from becoming citizens. The fee to apply for citizenship in the United States is $725, a steep price for numerous immigrants.

To address the economic issues in Mexico, Mexican organizations such as ProMéxico have tried to change the image globally by attracting foreign investment. At the core of its goals is the belief of “obeying the principle of the common good and contributing to sustainable development.” As the organization develops over the next few years, it hopes to expand its reach and deepen its impact.

Starting a formal connection between San Francisco and the Latin American region is key for mutual development. This effort helps individuals working in Mexico and provides an opportunity for immigrants arriving in the United States.

Once immigrants are in the United States and settle in states like California, local universities pitch in. UC Berkeley and Stanford University each have their own Immigration Law Clinics which offer “law assistance to economically disadvantaged immigrants.”

The clinics help prep immigrants, regardless of immigration status, with interviewing, document filing and other legal matters. Private organizations such as the ACLU and Immigrant Legal Resource Center have contributed in the same way as well.

The issue is not just being addressed by the legal field. Studies conducted at UC Berkeley have led to new developments such as an app that recognizes immigrant concentrations and government funds that are not being allocated to the correct locations.

By correcting spatial differences, Jasmin Slootjes, executive director of the Interdisciplinary Migration Initiative, notes that the initiative is “providing local officials with the facts about immigrant communities and their service needs.”

The immigration issue is undoubtedly complex. It is important to remember, however, that the underlying economic factors are the first steps to resolving the issue.

Addressing the problem will require the continued effort of both proactive organizations like ProMéxico and universities that help immigrants acclimate to a new world, and such combined efforts should make a world of impact.