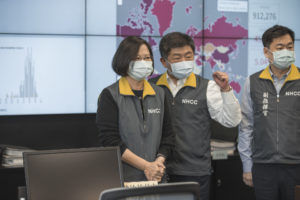 Taiwan is an East Asian country situated in the South China Sea between China and the Philippines. Given its close proximity to China and its high population density, the island nation faced a high risk of devastation from COVID-19. Despite these factors, however, Taiwan has managed to maintain control over the virus. The country recorded an incredibly low number of cases in comparison to the size of its population.

COVID-19 first made it to Taiwan on January 21, 2020. Despite Taiwan’s proximity to China and its population of over 23 million, the total number of cases as of August 2020 remains under 500, with only 7 confirmed deaths. Of these cases, a majority of them occurred in March 2020. The country saw few cases in April, as well as in the following months. COVID-19 in Taiwan has experienced no local transmission of the virus for over 100 days, while many other countries worldwide continue to struggle with increasing numbers. Of the 467 confirmed cases, over 400 of them were from overseas arrivals and an outbreak on a naval ship, leaving less than 100 cases the result of citizen-to-citizen transmission within the country. The success in the battle against COVID-19 in Taiwan is largely attributed to a few key factors.

The pre-existing infrastructure of Taiwan’s healthcare system proved to be a vital tool in their successful approach toward fighting COVID-19. Taiwan’s national health insurance exists as a universal, mandatory coverage system that applies to all residents and long-term visitors. A single-payer system powers this universal coverage, which receives most of its funding from payroll-based premiums. However, the government offers significant subsidies for certain groups including low-income households and civil servants, among others. Coverage encompasses preventative and primary care, along with more specialized sectors of treatment such as mental health services and hospital stays. Most care is provided through private providers.

The initial response to COVID-19 in Taiwan included an aggressive initial reaction to the virus. The country immediately developed rapid testing and widely distributed masks to healthcare workers and citizens. Though this universal system has existed in Taiwan since the late 1980s, it is a newer development that lent an unexpected hand in national COVID-19 defense.

A crucial component of Taiwan’s response to COVID-19 lies in its advanced immigration database and rapid information sharing system. This system helped tremendously in slowing the spread of the virus. Taiwan’s immigration database allows medical providers to access travel information for patients. This helped with early detection and determination of high-risk areas. Robust contact tracing allowed the Taiwanese government to rigorously track cases and put isolation protocols into place based on the data in order to contain larger community outbreaks.  “Digital fencing” identified individuals at greater risk in order to quarantine them. The Taiwanese government also put into place measures to support those facing isolation, including laundry services, meal assurance and transportation to medical appointments. These kinds of services offered further incentives for individuals to follow strict isolation protocols. Citizen’s cooperation helped to quickly suppress the spread of COVID-19 in Taiwan.

The Taiwanese response to COVID-19 was also strengthened by a few cultures anomalies, including its prior battle with SARS in 2003. Immediately upon discovery of an abnormal respiratory illness out of Wuhan, Taiwan tightened its borders. They also began thorough testing on those arriving from affected areas. Taiwan also utilizes a historically transparent approach to public health, keeping its citizens informed and answering questions about the progression of the virus. This has led to a culture that tends to follow government guidance. Taiwan also has the additional advantage of an established culture of mask-wearing. While other countries struggle to adhere to mask guidelines, Taiwan transitioned more easily; masks were already a socially acceptable accessory.