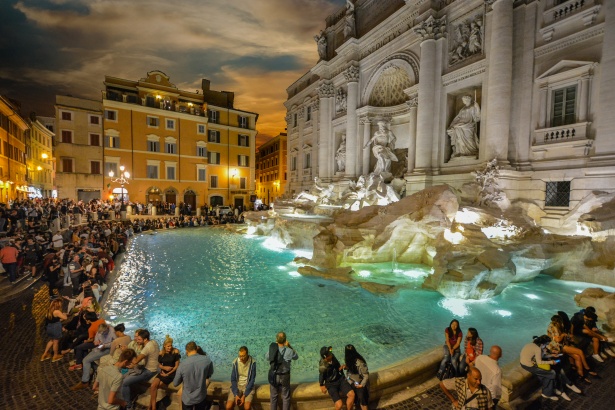 In 2017, the National Institute of Statistics (ISTAT) reported the highest levels of poverty in Italy in the past 12 years with 8.4% of the population living in “absolute poverty.” Absolute poverty is the state in which individuals are not able to purchase necessary goods and services resulting in detrimental social exclusion. Although slightly lower than the national poverty rate, Italy’s capital Rome reported that 6.4% of its population lived in “absolute poverty” in 2017. Additionally, there were 7,709 people were homeless in Rome in 2014. The Italian government is working on ways to improve the significant issues of poverty and homelessness in the country’s capital. However, one man and one fountain have made a huge impact on improving impoverished conditions in Rome over the past decade. Today, the Trevi Fountain fights poverty through the coins thrown into it.

The Eternal City is home to countless ancient and renowned monuments including the Colosseum, the Pantheon, the Spanish Steps and, of course, the Trevi Fountain. Apart from being one of the most famous baroque fountains in the world, the Trevi Fountain is also known for its coin tradition. Visitors throw three coins over their shoulders into the fountain’s vast pool of water. The first coin promises that the owner of the coin will one day return to Rome. The second coin promises that love shall soon be discovered. The third coin promises that the owner of the coin will marry the love they found. Due to this tradition, approximately €3,000 a day are thrown into the Trevi Fountain totaling €1.5 million annually.

In 2002, the Trevi Fountain became famous for a reason other than its ancient history and romantic traditions. Its new fame arose because of a man named Roberto Cercelletta. Cercelletta was homeless and used the Trevi Fountain’s coin tradition to alleviate his poverty. Every night, Roberto would wade into the fountain’s pool and collect the coins, all while evading detection from the police. Roberto could collect almost €1,000 in about 15 minutes of scavenging. He got away with his escapade for 34 years before his arrest by the police in 2002.

The story of Roberto inspired the Italian government to donate the Trevi Fountain’s coin collection to helping Rome’s homeless and disenfranchised population. Today, the coins from the Trevi Fountain are removed three times a week by a company known as Azienda Comunale Energia e Ambiente (ACEA). ACEA typically collects €8,000 from the fountain per visit. The ACEA then gives the coins to the police to weigh and deposit. After depositing the coins, the Italian government donates the money (which is usually $1.7 million per year) to a local charity called Caritas Roma that is dedicated to providing support to the poor and homeless in Rome.

Although Roberto Cercelletta was a thief of some notoriety, he inspired monumental change in policies that never truly recognized the plight of homelessness. Now, the Trevi Fountain fights poverty through every coin thrown into it. This story reflects how a simple diversion of funds from a long-standing tradition can make a lasting and positive impact on poverty.