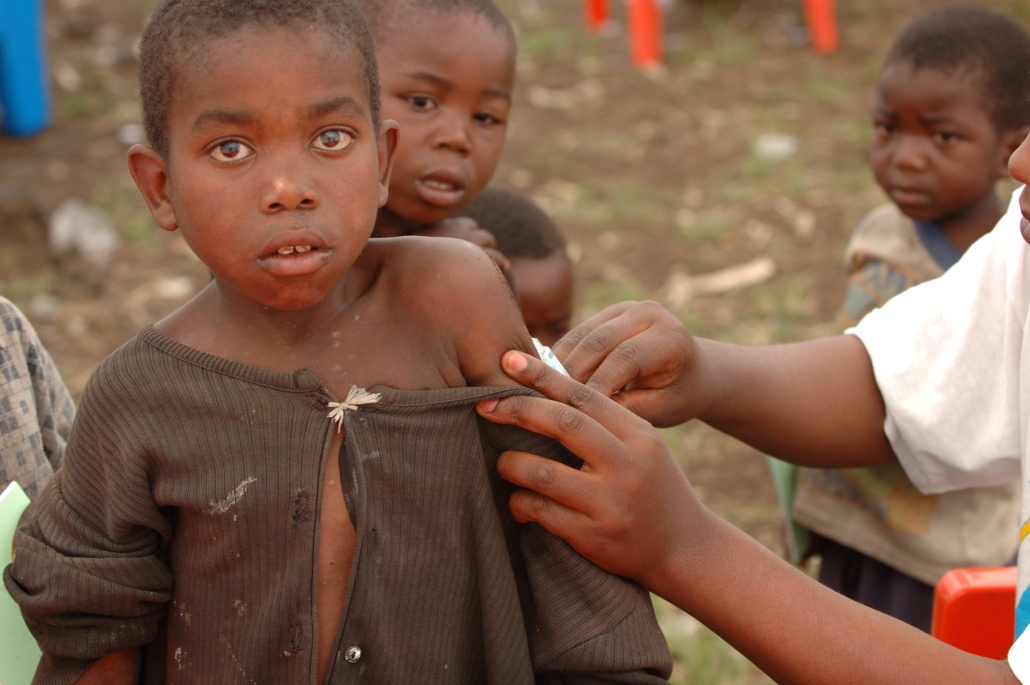 A virus spreads measles; the disease is highly contagious and can cause further serious health problems, including death. Globally, 111,000 deaths occurred from measles in 2017 and most of these deaths were of children under the age of 5. While there is a cost-effective and safe vaccination available, there are gaps in vaccination coverage, especially in developing countries. This allows outbreaks of measles to continue to ravage communities and causes the death toll to rise.

Measles in the Developing World

The global cost of measles is high, but it is highest in the developing world. It is estimated that in the United Kingdom, the medical cost of a single measles case is $307, while the vaccine costs are $1.93. Estimates also determine that currently in the developed world, the cost of a measles outbreak can range between $4,091 and $10,228 per day, depending on the size of the outbreak. Each of these outbreaks can last an average of 17.5 days as well. Economies spending little on health care funding might find the cost of quarantining and ending a measles outbreak daunting and that it would cost more resources and funding than is available.

In 2014, the Federated States of Micronesia saw its first measles outbreak in 20 years. Starting with two confirmed cases of measles, the outbreak grew to over 50,000 people, causing 110 deaths. The cost of this measles outbreak matched the cost of measles outbreaks in the industrialized world; the total costs to treat and contain these 50,000 cases were nearly $4 million costing roughly $10,000 per case. Medical costs accounted for approximately a quarter of the total cost of measles in this example. The other costs came from the loss of productivity for those measles infected as well as their caregivers, and the majority of the cost of this measles epidemic was to contain the outbreak. In total, the country spent around $3.5 million on containment. Containment costs are high for countries struggling to provide health care for their citizens, and the loss of productivity for many families in the developing world can mean the difference between feeding their family and starvation.

The first quarter of 2019 saw a huge upswing in reported measles cases worldwide versus the same time period a year prior. From January through March of 2019, there were over 112,000 cases, and the vast majority of these cases were from developing countries. For comparison, the same three-month time period in 2018 had only 28,000 reported cases of measles. If the cost of measles containment and medical treatment averaged $10,000 per case, as evidenced by the Federated States of Micronesia, then subject countries have spent at least $1.1 billion in a three-month time span to care for patients worldwide. The effects of the loss of productivity on impoverished families, including starvation, added a deficit of several million more dollars to the cost of measles in 2019.

When asked about the origins of the partnership, Timothy E. Wirth, President of the United Nations Foundation, said, “It is increasingly clear that every citizen, every sector and every nation has an interest in working together to promote progress in health, human rights, the economy and the environment. Those who think progress in these areas is elusive need look no further than this very tangible, impressive collaboration.” If ever there was a chance to lower child mortality rates, these five NGOs working in connection with one another would be the closest the world has seen.

Vaccination is the Key

Vaccination rates have drastically improved over the last few decades. Measles outbreaks have dropped 80 percent since the year 2000 thanks to increased vaccinations. One can partly attribute the recent increase in measles cases to a decrease in vaccinations worldwide. The cost of measles outbreaks is far too high to continue battling a disease that people can avoid with a vaccine costing less than $2. The cost of lost productivity can continue the cycle of poverty for developing nations for years to come. Measles vaccinations must increase and become available in all reaches of the world to counter the issues that measles outbreaks pose.