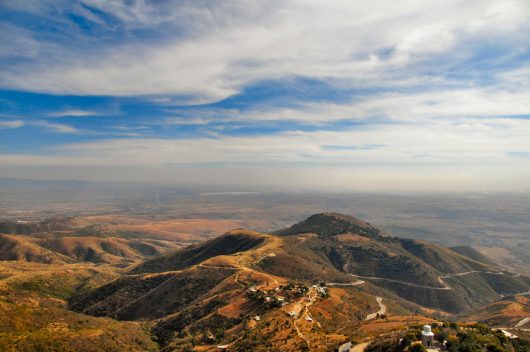 Mexico has one of the most stagnant economies in the world. This predicament is largely due to the prominence of corruption in the country. According to calculations by Mexican think tank IMCO (El Instituto Mexicano para la Competitividad), corruption could be costing the country roughly five percent of its gross domestic product. This is almost eight times the amount spent by Mexico’s poverty reduction agency. Corruption funnels money away from programs that are needed to boost the economy, leaving a large number of people in poverty in Mexico.

Mexico was found to be the most corrupt member nation of the Organization for Economic Cooperation and Development (OECD) by Transparency International. Corruption is a major obstacle to services that promote economic development – including health, education and security services. Corruption also creates extreme inequality and prevents successful economic growth. Owners of fair businesses say that they typically lose out to competitors who use bribes or influence to gain unfair business opportunities.

Mexico would be facing a slowing economy even without corruption, but the influence of corruption makes the country considerably less competitive in the global economy. Corruption works alongside other issues including poor infrastructure, inadequate institutions, lack of education and stagnant innovation. Most workers in Mexico work in the black market under exploitative conditions without social security. They are unable to find other job prospects, leaving them in situations of underemployment that leads to poverty.

Mexico is a rich country, but it lacks a reliable system of wealth redistribution. There is almost no social assistance and extremely few economic opportunities, causing wealth to concentrate in the hands of very few people. Just 15 millionaires dominate Mexico’s economic landscape, owning almost 13 percent of the Mexican economy’s total value. On the other hand, there are over 55 million people living in poverty in Mexico.

The Mexican government has introduced social assistance programs for those in poverty to limit the impact of economic crises. However, the government has failed to invest in programs to boost economic competitiveness, educational opportunities and technological advancement. Therefore, these were simply short-term solutions that did not fix the root problem of poverty in Mexico by providing economic opportunities.

The Mexican government needs to promote a balance of social and economic programs to reduce poverty. The path to successful infrastructure and institutions has a long way to go. However, an emphasis on education and health will allow all individuals to participate in the economy. Until these programs are implemented, corruption will continue to prevent the redistribution of wealth that is essential to mitigating widespread poverty in Mexico.

Poverty in SloveniaEducation in the Czech Republic
Scroll to top