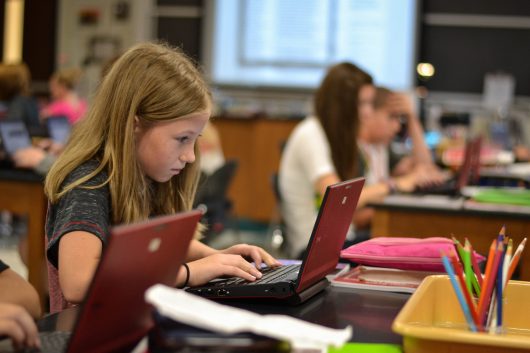 Education in the Czech Republic is considered average on a global scale but could be improved through a number of administrative modifications.

The country’s system guarantees free primary and secondary education to all citizens, with a focus on vocational schooling. Responsibility is distributed among the central government, which sets national standards, and local schools are granted considerable discretion in policymaking. Teachers are free to implement their own curriculums with small classes more conducive to learning.

Education in the Czech Republic certainly has some well-documented successes. The Organisation for Economic Co-operation and Development (OECD) reports that there are “good conditions for adapting learning to local needs” and that there are “a range of initiatives to strengthen evaluation and assessment in the school system.” Furthermore, the Czech Republic houses the largest percentage of adults with at least an upper secondary education worldwide.

However, when it comes to the quality of learning, the Czech Republic maintains only a mediocre status. An OECD 2012 report known as the Programme for International Student Assessment (PISA), placed the country around average in mathematics and reading and above average in science.

Such average results can be credited in part to finances. In 2012, the Czech Republic devoted less than five percent of its GDP to education, one of the lowest rates among developed nations. Furthermore, teacher salary rates are notoriously low.

While increasing spending will better education, the OECD also believes the quality of learning can be improved by establishing a more common curriculum between schools, as well as strengthening communication between the central government and school administrators.

In addition, many Czech students face educational limitations due to socio-economic status. The government has recently taken steps to counter this through the establishment of school counseling centers. Standardized tests have also been introduced in grades five and nine in order to “provide feedback to students, inform parents and teachers about student learning and school quality and to evaluate the work of schools.”

If the government continues to take steps to improve education in the Czech Republic, it is likely the system will transform from one of average status to one of outstanding quality.