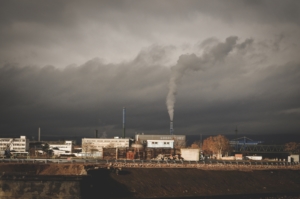 In this day and age, climate change has grown to be one of the largest issues around the world and it is important to understand its environmental impacts. First, the increase in average temperatures contributes to the phenomenon of global warming that affects millions of species and plants. In addition, extreme weather events, such as hurricanes, have become too common and far more destructive than before. Another primary consequence of climate change is the reduction of Arctic sea ice. Ice melts have contributed to sea levels rising, mainly in the Arctic and Antarctic regions. According to the EPA, sea levels have risen approximately 8 inches since 1870. The world should take action to stop climate change before it is too late. The consequences of climate change could worsen in the coming years.

Many mainly focus on the environmental effects of climate change. Now, it is time for the world to shift its focus towards the societal effects that climate change has on all ages. Specifically, individuals who live poor livelihoods are more prone to poverty due to the climatic disasters that occur around the world. Living in vulnerable regions with limited resources affects people the most as it is more difficult to recover. As the repercussions of climate change worsen, escaping poverty becomes more and more difficult. As a result, issues like food insecurity and the lack of access to water become more prevalent. Here are some societal consequences of climate change.

Climate change has become a benefactor for global poverty by contributing to the issue of food security. According to the Food and Agriculture Organization of the United Nations (FAO), the climate affects all four dimensions of food security including food availability, food accessibility, food utilization and food system stability. Typically, the consequences of climate change mostly affect those who are most vulnerable to food insecurity. By experiencing the immediate risk of increased crop failure, new patterns of pests and diseases and loss of livestock, these individuals are not able to depend on stable food supply. To add, almost 60 percent of the world’s population depends on the agriculture industry in respective areas. When climate phenomenons hinder agricultural productivity, food insecurity puts risks on the livelihood of many individuals.

With this being said, leaders, such as the United States of America, have taken action to help combat this issue in developing nations. For example, the Organization for Economic Cooperation and Development (OECD) Development Assistance Committee supplied over $2 billion in climate-sensitive development support to developing countries in 2017. This included approximately $300 million targeted towards the food security sector. Moreover, projects like these provide an opportunity for global powers to display leadership qualities and allow countries that need aid in the food security sector to receive it. With proper access to food and stability within this industry, undernourishment will be an improving problem.

Climate change seems to have a major impact on water access in developing countries. According to The New York Times, The number of months with record-high rainfall increased in the central and Eastern United States by more than 25 percent between 1980 and 2013. With this statistic being even higher in the eastern hemisphere, it is evident that floods have become a serious issue that many are concerned about. Climate scientists state that the soil and farmland absorb the excess water. Consequently, this means that the Earth could become contaminated with fertilizers and other chemicals. This polluted water typically travels to larger bodies of water such as the ocean, ultimately limiting water access for humans.

In addition, droughts are a growing issue in areas with hotter climates, limiting access to clean water. The lack of access to water can lead to health issues such as diarrhea and cholera. It can also affect the business sector in many nations. The Lifewater organization touches on this subject and explains that water is an essential component processing raw goods for food and textiles. This process provides jobs for millions and helps produce products such as coffee and chocolate. By understanding the importance of water to the health and economy, organizations such as UNICEF have implemented programs to educate the public on how to find access to clean water when natural disasters like floods and droughts occur. In the future, this action will also help alleviate poverty in areas that are at risk.

It is important that the international community shifts its focus on the societal consequences of climate change. Individuals such as Greta Thunberg and Christina Figueres already addressed this throughout the current fight against climate change. Hopefully, this will push governments around the world to implement policies that are more climate-sensitive. People need to view the current crisis from a larger perspective as it affects millions of individuals and their lifestyles. According to an article by BBC News, the world only has approximately 18 months before the effects of environmental change become permanent. In that period of time, it must highlight both environmental and societal consequences, and implement climate-sensitive policies. Additionally, individuals should believe in these improvements as they can lead to other positive changes such as alleviating poverty in lower developed nations.

10 Facts About Child Labor in India What is the Northern Triangle?
Scroll to top