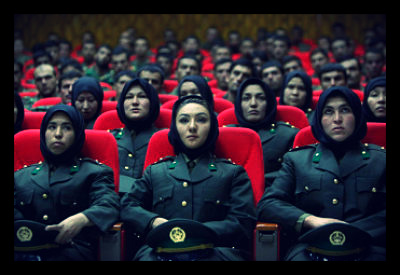 In December 2013, the United States Congress allocated $25 million in funds to support the operations of female soldiers in the Afghan National Army. The appropriation was a part of the 52nd National Defense Authorization Act and will be used to increase and strengthen female forces.

Michelle Barsa, Senior Manager for Policy at Inclusive Security Action, actively works with female forces in the Afghan National Police and Afghan National Army to increase their numbers. She writes in The Daily Beast that the benefits of more women in Afghanistan’s security ranks are multi-faceted, and current low numbers are a serious security concern.

Most polling stations in Afghanistan are sex-segregated, which means that stations require female security officers to remain open. A shortage of women in the ranks has meant that women’s polling stations have remained closed, effectively denying many Afghan women their right to vote.

Security issues also arise when there are not enough female security forces.

In 2012, there were a reported 13 incidents of men dressing as women to enter restricted locations and wage insurgent attacks. Since sexual taboos dictate that men are forbidden from searching women at checkpoints, there emerged a security blind spot.

Had there been female security officers, Barsa argues, the men could have been searched and stopped before committing these attacks.

Further, women in military ranks serve to expand engagement with male and female citizens, increasing the effectiveness of military operations and allowing forces to better respond to the needs of their community. For example, upwards of 87% of women in Afghanistan will be a victim of domestic violence or forced marriage during their lives.

Militarily, female forces are learning to conduct home raids, which had proven problematic when carried out by American forces due to cultural barriers and sensitivities.

Women have been recruited into Afghan Special Forces since 2011, a move coming during a critical time of American troop pullout from Afghanistan and amid emerging concerns over the safety and rights of women upon the United States’ departure from the traditionally conservative nation.

Barsa stresses that female participation in security forces is crucial for maintaining women’s rights and for supporting an inclusive transition in Afghanistan. For this reason, she states, Congressional funding cannot come soon enough.

She writes, “Billions later, Congress is finally realizing that peace and stability are, in fact, contingent on [women’s participation].”

Forbes’ Inspiring 30 Under 30Lauded Kenyan Author: “I Am a Homosexual, Mum”
Scroll to top