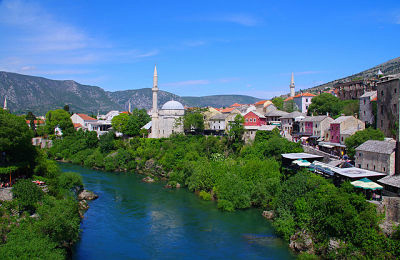 Bosnia and Herzegovina is located in southeastern Europe, bordering the Adriatic Sea and Croatia. The country declared sovereignty in 1991 and independence from Yugoslavia in 1992. After signing a 1995 peace agreement, the country is about half the Bosniak/Croat Federation, and the other half the Bosnian-Serb Republika Srpska. As of 2016, the life expectancy of the country’s 3.8 million inhabitants is 76.7 years, and only non-communicable diseases are the most common causes of death. Here are the top diseases in Bosnia and Herzegovina:

Ischemic Heart Disease
Also known as coronary artery disease, ischemic heart disease is an illness consisting of decreased or restricted blood flow to the heart. In 2015, it was recorded as the most fatal of the top diseases in Bosnia and Herzegovina and had been for the last decade. To make matters worse, the prevalence of deaths by ischemic heart disease had increased by 6%.

Cardiomyopathy
Defined as a condition in which the heart muscles become thick, enlarged or rigid, cardiomyopathy can lead to heart failure or arrhythmias. In Bosnia and Herzegovina, cardiomyopathy was reported to be the third most common cause of death in 2015, once again consistent with the previous ten years on record. However, unlike the more mild increase in deaths by ischemic heart disease and cerebrovascular disease, the prevalence of deaths by cardiomyopathy had skyrocketed within the decade at a staggering 53.7%.