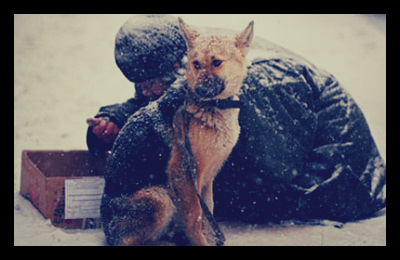 As the adage goes, the poor stay poor while the rich get richer. For years, Russia has been regarded as a nation fraught with economic inequality- a land where the rich accrue more and more wealth each year while the poor descend further and further into squalor. Even in the advent of the burgeoning middle class, the growing disparity of wealth has contributed to a widening economic gap between Russia’s rich and poor residents.

Although an astounding 18 million Russians, or roughly 13 percent of the population, live below the official poverty line, having a collective income of $12.4 billion, the 97 wealthiest Russians jointly own $380 billion- nearly 31 times the collective income of the nation’s poorest individuals.

While $18 million residents grapple with the challenges of poverty, Vladimir Putin consistently vaunts the exclusive wealth of Russia. In a sense, Russia has exhibited economic growth. For instance, Moscow now houses more billionaires than New York City, the iconic American city that has long been esteemed as the metropolis of wealth and power of the Western World.

Although Putin boasts about the economic prosperity of the few wealthy elites, little effective action has been taken to curb the growing rates of poverty in Russia. For example, the estimated cost of living in Russia is approximately $210. However, the nation’s minimum wage is wholly insufficient at $155 per month.

Despite this harrowing fact, it appears that the 2014 Winter Olympic Games, set to be hosted in Sochi, has taken prominence over the rampant poverty in Russia. In 5a Akatsy Street, located in a neighborhood with deteriorating infrastructure, a brand-new multi-million dollar highway brazenly cuts through the surrounding poverty.

The glossy highway stands in salient contrast to the squalor of 5a Akatsy Street, a locale in which residents have barely sustained themselves without running water or a sewage system. While the Russian government sanctions the construction of stadiums and highways, the majority of Sochi residents live in dwindling, contaminated and neglected villages.

However, the juxtaposition of the ostentatious Olympic preparations in Sochi and the prevalence of squalor surrounding the slinky stadiums and magnificent mega-malls highlights a general trend that has been observed in Russian society, a dangerous trend in which in which the poor are vastly overlooked while the most wealthy are needlessly glamorized.

Private and Public Sectors: Cooperation is a MustHunger in Zimbabwe
Scroll to top