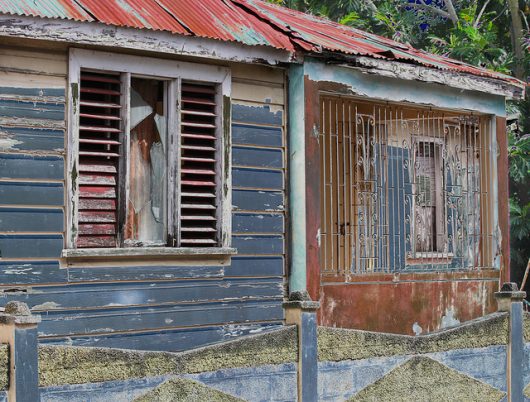 Considered an upper middle-income country as stated by the World Bank, Jamaica has much to improve upon within its economy to decrease poverty rates in the country. Jamaica is considered to be one of the slowest and most unstable economies in the world, weakened by high debt rates. As for today, Jamaica’s poverty rate has improved, with a 1.7 percent growth of GDP during 2016 and an expected 2 percent for 2017. Many reforms have been instituted to reduce the country’s debt. However, Jamaica still has a lot to improve on in order to eliminate poverty. So, what are the answers to the question why is Jamaica poor? High crime, unemployment and inflation are a few of the answers to this question.

Most criminal activity in Jamaica is related to gang activity and use of illegal drugs. Police data confirms the occurrence of many murders in 2017, with an increase of 19 percent and a total of 639 people killed from January 2017 to June 2017. This represents an average of four murders per day. This places Jamaica’s homicide rate among the top five highest national homicide rates in the world.

Jamaica also experiences increasingly high unemployment rates within the population. The Statistics Institute of Jamaica reveals a slight decline in unemployment, with a rate of 12.9 per cent as of October 2016 and 12.2 as of April 2017. This clearly shows there was only a slight improvement between 2016 and 2017, but the rates are still high as of today.

Another reason Jamaica is poor is its high inflation rate – averaging 9.54 percent between 2002 and 2017. As of July 2017, Jamaica’s inflation rate had declined to 4.4 percent. Jamaica has been known to spend half of its income on imported good for basic necessities. The country relies mostly on goods such as food, gasoline and clothing. Its high reliance on imported goods creates an increasing deficit, endangering the state of its economy and keeping people below the poverty line.

After asking why Jamaica is poor it is also important to ask what the solutions are to end poverty in Jamaica. By reducing Jamaica’s crime rates and having more employment opportunities, Jamaica would increase its chances to improve its economy and become richer in more ways than one. Seeing Jamaica’s slight improvements in recent years, it offers some hope for eventually ending poverty in the future.