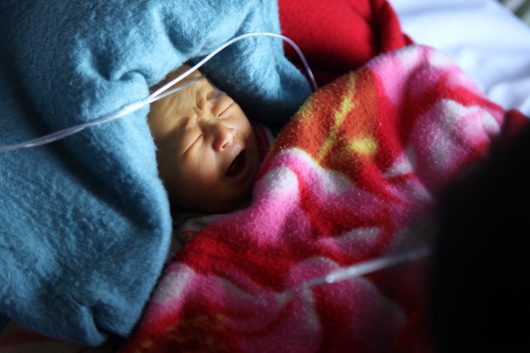 For the past years 30 years, North Korea has been incredibly impoverished. The health care system in North Korea is minuscule at best. Children are often malnourished to the point of stunted growth, people cannot receive proper medical attention, and diseases that have been largely eradicated in most parts of the world are still prevalent. Common diseases in North Korea stem from poverty.

North Korea has a unique poverty situation; the government puts money into military spending instead of focusing on the health and prosperity of its people.

In North Korea, the greatest number of deaths come from non-communicable diseases. Although non-communicable diseases—such as cancer, cardiovascular diseases, and respiratory diseases—cause the most mortality, the magnitude of problems caused by malnutrition and communicable diseases increases the likelihood of disease burden in the future. A lack of sufficient nutrition makes fighting off diseases difficult because the immune system has no strength. About a third of North Korean children show signs of stunted growth; starving children are also more susceptible to diseases, making their life expectancy low.

Common diseases in North Korea include cardiovascular disease, cancer, and chronic respiratory disease. In 2013, strokes, ischemic heart disease and chronic obstructive pulmonary disease were North Korea’s most deadly sources of harm. Communicable diseases like tuberculosis and malaria are endemic in North Korea. Tuberculosis, a curable disease, affects 345 out of 100,000 North Koreans. This is considered to be one of the highest rates outside of sub-Saharan Africa. Tuberculosis is a disease associated with poverty, bleak conditions, and a lack of sanitation.

One of the main reasons why these health issues are so apparent is that there is zero guarantee of health care. Article 56 of the North Korean constitution specifies free medical care for all citizens. This has not been accurate. If a patient is unable to provide money or a gift to a doctor, their illness will often go untreated. Most of the patients are too impoverished to provide any sort of compensation. Even if they can provide compensation, there are often not enough resources for help to be provided.

“There are doctors and buildings, but no aspirin, no anesthetic, no basic medicines, no heating, no soap, no milk and therefore no patients. The health system in North Korea collapsed, leaving almost the entire population with no care except for traditional ‘Korio’ herbal medicine,” said Dr. Eric Goemaere, director of Doctors Without Borders. The lack of resources has been going on for approximately four years.

Common diseases in North Korea, such as tuberculosis, show that North Korea is behind the international community. Instead of using its money to provide health care, it uses it for military spending. However, North Korea can’t be a strong, resilient nation when its people are sick. North Korea needs to think about the needs of the people and give doctors the resources to help the sick effectively.