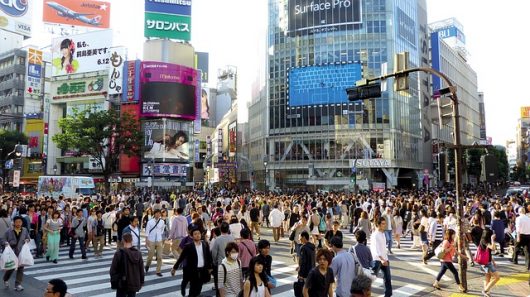 Located off the eastern coast of Asia, Japan is an island that lies in the Pacific Ocean. The natives of Japan pride themselves on their homogeneity that they have developed through centuries of tradition. Unorthodox to Western culture, Japan has thrived for a long time by hosting tea ceremonies, Buddhist- and Shinto-inspired gardens and the practice of calligraphy.

Japan is also known for its serene beauty, housing 60 active volcanoes, including Japan’s highest mountain top, Mount Fuji, which peaks at 12,388 feet in elevation. As it stands, Japan has proven to be quite successful as a country, boasting favorable statistics such as a 100% literacy rate for both men and women, a life expectancy rate of 86.6 years for women, and one of the lowest unemployment rates in the world at 2.8%.

This being said, Japan has also proven to be one of the most expensive countries to live in, ranked 17th in the world according to the Independent.

Here are 5 facts on the cost of living in Japan: