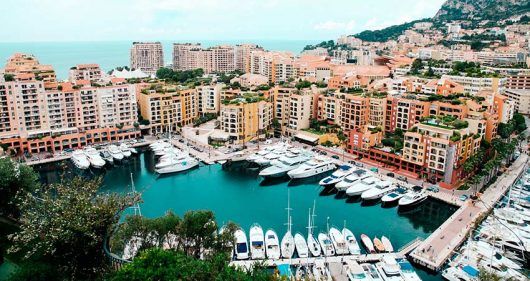 Monaco is best known as one of Europe’s microstates and a favorite destination of the wealthy. Like any country, there are common diseases in Monaco, but the good news is that they do not have much of an effect on the population’s health or longevity.

Travelers to Europe may not think they are in danger of contracting diseases, but it is entirely possible. Depending on what activities tourists participate in, according to the Centers for Disease Control, Monaco presents risks of Hepatitis A, Hepatitis B and rabies. Hepatitis A is transmitted via contaminated food and water, whereas Hepatitis B is contracted through sexual contact or contaminated needles and blood products. Rabies, spread by bats in Monaco, is rare, but possible. Tourists who may be in areas with bats, or wildlife professionals who may be in close contact with them should get vaccinated for rabies.

Some of the more common diseases among residents of Monaco include various types of cancer, cardiovascular disease and diabetes. Monaco is an extremely healthy country. Residents benefit from the Monaco Health Screening Centre, established as a preventative health resource. The most common cancers in Monaco are breast and bowel cancer. Monaco is confident that vaccinating for cervical cancer, which is caused by the human papillomavirus (HPV), along with screening will lead to the eradication of the disease. The Centre also screens for osteoporosis, breast cancer and HIV. The majority of patients who come to the Centre for breast cancer screenings are proactive in doing regular breast exams on their own.

Because there is considerable wealth in Monaco, it is no surprise that the average life expectancy is 89.73 years. Rich countries have more money to spend on healthcare. Preventative measures go a long way in catching serious diseases and illnesses which might lead to death if not detected early.

Cardiovascular disease also exists in Monaco, with 114 deaths per 100,000 people. Monaco ranks 188 out of 189 in this regard, with Japan having the lowest number of deaths from cardiovascular disease. Common diseases in Monaco are similar to other developed countries, but because of early screenings and other preventative measures, those illnesses are not as much of a threat.