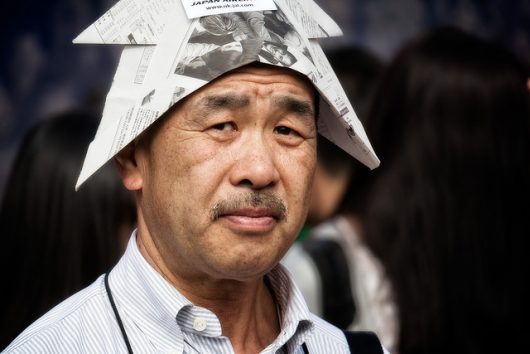 Known as the “Land of the Rising Sun,” Japan is a group of islands off the eastern coast of Asia. In addition to being one of the most educated countries in the world, this nation functions as one of the world’s largest and most successful economies. It is also a hub for pop culture.

Japan boasts the third-highest life expectancy in the world and a universal healthcare system. The healthcare system also ranks as one of the world’s most efficient. However, like many other developed countries, its citizens primarily suffer from unbalanced nutrition and noncommunicable diseases. Additionally, high levels of smoking coupled with a rapidly aging population contribute to many of Japan’s health concerns. Here are some common diseases in Japan:

Cancer
Although cancer remains an increasingly prevalent health concern around the world, Japanese citizens, in particular, suffer heavily from the various forms of this disease. In 2010, over 353,000 people died of cancer in Japan: an incredible one-third of all deaths in the nation. In fact, heart disease led to half as many deaths as cancer did, even though it is the second most prolific killer in Japan today.

More problematic, cancer appears to be striking with most frequency at the prime of life for the Japanese. Cancer is responsible for 30% of all deaths for men in their early fifties. This number increases to 45% for men in their late sixties. Additionally, cancer also causes an astounding 40 percent of all deaths in Japanese women in their late thirties. Moreover, this percentage jumps to 50% for women in their late forties. While there will always be concerns about the frequency of cancer in an aging society like Japan, these statistics depict a nation struggling to battle an often lethal illness. This is one of the common diseases in Japan that a specific cause is difficult to find.

Mental Health Issues
The stigma against mental health has prevented Japanese citizens from receiving quality care. Family members and employers alike see the need for therapy or treatment as a character flaw. Individuals with depression worry about losing their jobs if others find out that they are seeing a psychiatrist.

In Japan, suicide as a result of depression has become a serious issue. In fact, the nation now leads the industrialized world with the most suicides at a rate of 12.8 females and 35.6 males per 100,000. This translates to the suicide of over 30,000 Japanese citizens in the past few years. This may also be influenced by Japanese insurance companies’ surprising willingness to pay out for suicides, as it provides a potential source of money for the families of those who suffer from debilitating depression.

Although people have become more aware of depression, drug treatment remains the most commonly utilized therapy. However, medication doesn’t usually treat the underlying problem and instead focuses on repressing the symptoms. In many cases, patients are simply “kept sedated with large amounts of psychiatric drugs to pacify them,” so there needs to be a change in both the healthcare system and the Japanese perception of mental illness.

The current Japanese health care system rewards high-prescribing doctors and generally discourages physicians from spending too much time with patients. This type of behavior is not an ideal environment for properly addressing mental health. Of the common diseases in Japan, mental health issues receive the worst treatment.

There needs to be a stronger focus on removing the stigma on mental health as well as a push to reform the incentives in the healthcare system. These actions are necessary if Japan wishes to deal with increasing suicide rates and numbers of untreated mentally ill.