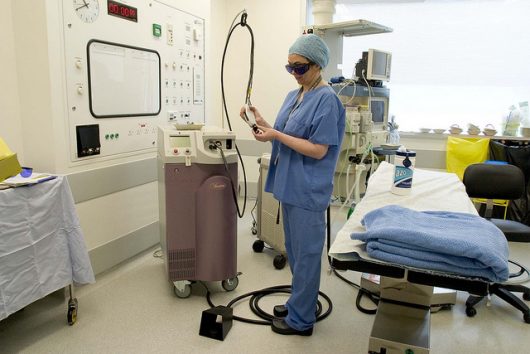 With a population of 4.773 million, Ireland is an island country located west of Great Britain. Like in many other developed countries, noncommunicable diseases top the list of leading causes of death and disability. Discussed below are the common diseases in Ireland and their implications.

4 Most Common Diseases in Ireland

Cardiovascular and Respiratory Diseases
Ischemic heart disease is the leading cause of death in the country, and, in 2012, it was associated with eight percent of all fatalities. Heart attacks, strokes and chronic obstructive pulmonary disease (COPD) together make up another 16 percent of all fatalities. Eighty percent of these deaths, however, are preventable with increased awareness and prevention efforts. The Irish Heart Foundation recommends that citizens stop smoking, improve eating habits, including consuming more fruits and vegetables, increase exercise to at least 30 minutes five times per week and attend regular physical check-ups for blood pressure, cholesterol and blood sugar levels.

Cancer
Thirty percent of all deaths in Ireland are associated with cancer, the second most common killer in the country. There are over 9,000 deaths per year in Ireland that stem from cancer. The most common cancers are lung, breast, colon, prostate and skin. Lung cancer alone is the third leading cause of death, and, in 2012, was responsible for the deaths of 1,801 people, six percent of all fatalities. Breast cancer and colon cancer combined cause another four percent of total fatalities. The Irish Cancer Society wants people to be aware that four out of ten cancers can be prevented through better lifestyle choices such as not smoking, eating healthier, monitoring weight, watching alcohol intake and exercising.

Mental Health Disorders
Self-harm is another leading cause of death in the country. Depression, which is often connected to suicide, is a common mental health disorder in Ireland. It is estimated that at least one in five people will suffer from depression in their lifetime. Ireland is fourth in the world for suicide rates of young men ages 18 to 24, which may, in part, be due to the recent recession. Awareness and response are key to fighting depression and suicide rates in the country. There are many depression and mental health organizations in Ireland such as The Samaritans and Aware.

Dementia and Alzheimer’s Disease
Every year, about 4,000 new cases of dementia are identified in Ireland. There are about 47,744 people in Ireland living with dementia, 30,359 of which are women and 17,385 of which are men. This number is expected to drastically increase over the next few decades due to population aging. A big problem is the lack of awareness and knowledge about the diseases as well as the stigma surrounding them. For example, people often believe that memory loss is a natural part of aging, although this may not be true. Better awareness and recognition of these diseases in Ireland can increase the support available for patients. To help ensure proper representation, in 2013, the Alzheimer’s Society of Ireland established the Irish Dementia Working Group to guarantee involvement with dementia patients and their families and to influence necessary public policy.

Because the majority of common diseases in Ireland are noncommunicable, awareness and education are key factors to help to best represent current patients and to help prevent future diagnosis. Making better and healthier lifestyle choices are especially important to help prevent and fight these diseases.