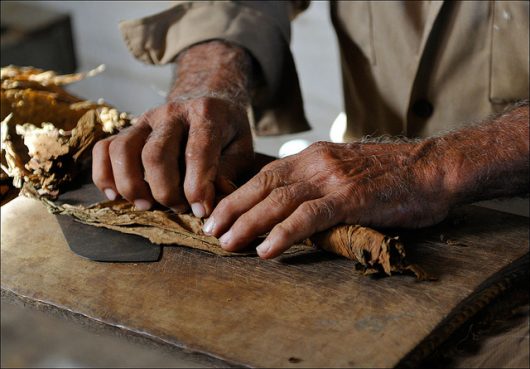 Cuba, the largest country in the Caribbean, has had a tumultuous relationship with the United States for the past few decades. While the country has an exceptionally high literacy rate and health care program, Cuba struggles with patterns of disease. Those traveling to Cuba are warned to be extremely careful, and many vaccines are recommended for visitors. Some of the common diseases in Cuba are typhoid fever, hepatitis A and the Zika virus.

Typhoid fever occurs with a lack of sanitation and results from contaminated water or food. The disease usually manifests as fever and an upset stomach. There is no entirely effective vaccine, so it is crucial to avoid any food or water that could potentially carry the disease. If contracted, antibiotics will fix the symptoms within a few days as long as it is caught in time. Since 1990, Cuba’s mortality rate from typhoid fever has increased by almost 47.7%.

Another of the most common diseases in Cuba is hepatitis A, a liver disease. Its symptoms are usually fever, stomach pain, loss of appetite and yellowing skin. It typically spreads through water sources and can be contracted through the consumption of food or drink that has come into contact with these sources. While most people fully recover from hepatitis A, it is still important to be vaccinated against the disease before traveling to Cuba. Symptoms can last for almost nine months.

The Zika virus also poses a threat to the health of those living in and visiting Cuba. As of this year, nearly 2,000 people have contracted the disease in Cuba. Spread through mosquito bites, Zika is so feared because neither vaccine nor medicine has been developed to fight its spread. It can also be spread through sexual contact and is especially dangerous for expectant mothers due to its link to birth defects.

Thankfully, the Cuban government is taking great pains to fight against the spread of Zika. Their fumigation and hospitalization policies with communities struggling with Zika have proven effective but highly intrusive. With the continuation of this approach and an increase in the prevalence and access to vaccines, citizens should see a decrease in the prevalence of common diseases in Cuba.