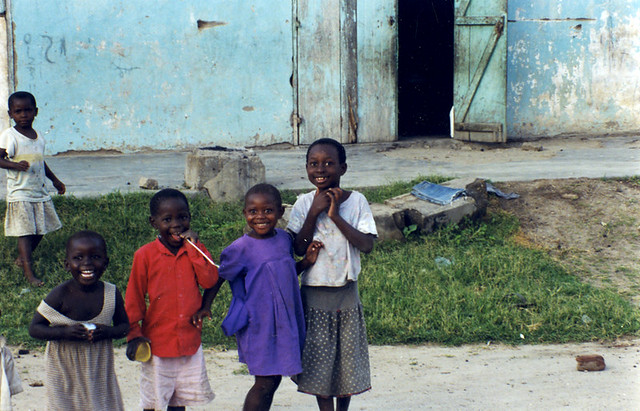 The Republic of Uganda is a landlocked country in sub-Saharan Africa surrounded by Kenya, South Sudan, the Democratic Republic of the Congo, Rwanda and Tanzania. The northern parts of Uganda suffered from a 20-year long war between its government and the Lord’s Resistance Army (LRA) which was led by Joseph Kony. The war has left Uganda as an impoverished nation and its people with unhealed emotional and physical wounds. However, thanks to the efforts of organizations including The Comfort Dog Project, more focus has been placed on addressing the mental health needs of war survivors in Uganda.

The war forced more than a million people to abandon their homes and live in camps for more than 10 years. Estimates show that the LRA abducted around 20,000 children to become their soldiers. They killed men and raped women. As a result of these atrocities, seven in 10 people suffer from post-traumatic stress disorder (PTSD) today. And, the lack of mental health care services in the country is driving these survivors towards suicide and substance abuse. Uganda spends 9.8 percent of its GDP on health care and less than 1 percent of this goes to mental health. Overall, Uganda has 1.83 per 100,000 beds in the mental hospital with an occupancy rate of 100 percent.

The Birth of The Comfort Dog Project

The Comfort Dog project is a program of The Big Fix Uganda, a registered international NGO in Uganda. It operates the only veterinary hospital in Northern parts of the country. Francis Okello Oloya started this program in his hometown, Gulu in 2014. Oloya lost his sight to a blast at the age of 13 while he was working in his family garden. Despite these hurdles, Oloya managed to graduate from a community college with a degree in psychology. To fill up the gap in mental health care consequent to lack of resources and poverty in the country, this project provides psychosocial rehabilitation to the war survivors in Uganda who are suffering from PTSD.

The Comfort Dog Project uses the healing effect of the human-dog relationship. It is based upon the Animal Assisted Interventions (AAI) initiative to improve a wide range of physiological and psychological outcomes in humans. The project helps by providing one on one and group education as well as counseling to those who suffer from PTSD followed by bonding with dogs through playing, nurturing and team activities.

Who Does The Comfort Dog Project serve?

The Comfort Dog project helps three groups of people: the LRA abductees, Uganda’s People Defense Force (UPDF) veterans and war-affected community members. The team assesses clients through psychological interviews for symptoms and refers those with severe symptoms to the regional hospital. Those who show the ability to create a bond with the animals are matched with an animal. The program also rescues and serves the dogs which have been homeless, neglected or mistreated. The project team spay, vaccinate and perform temperament tests on the dogs before matching them with their humans.

The Comfort Dog project has been successful in reducing the symptoms of PTSD among its participants. It also improved the public’s perception of dogs and animals. This project is a shining example of the concept ‘local solutions for local problems.’ Although not sufficient, the Big Fix Uganda is effectively fixing two problems of the country cost-effectively using a single project. With so many regions affected by war all around the world, this project shows a possible path to recovery for those who have suffered for long.