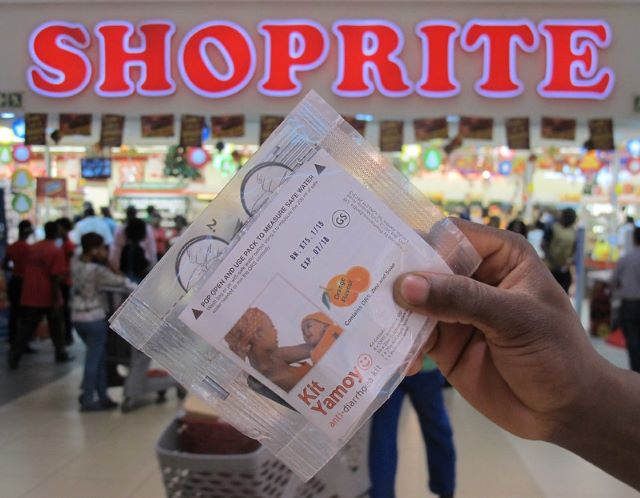 ColaLife is an independent non-governmental organization, co-founded in 2008 as an online movement and transformed into a United Kingdom-based charity in 2011. The organization started with the realization that even in developing countries, Coca-Cola is accessible but lifesaving medicines are not. Despite scientific advances and discoveries, in 2017, almost 1.6 million people died from diarrheal diseases globally. ColaLife has made efforts to improve access to diarrheal treatments in the most remote areas of the world. ColaLife has operated with the help of more than 10,000 supporters and donors that allow for an effective response to the second leading cause of death in children worldwide. ColaLife in Zambia marked the beginning of these efforts.

ColaLife in Zambia marked the beginning of an impressive effort to save the lives of children with diarrhea. The solution had to be immediate since the high numbers of diarrheal deaths in the region revealed that global efforts were insufficient and ineffective.  A whole three decades ago, Oral Rehydration Salts (ORS) and zinc were known as an effective combination treatment for patients with diarrhea. However, 99% of children do not receive these treatments.

COTZ was created as a custom project for Zambia under the recommendations of the WHO and UNICEF. The project aimed to distribute diarrhea treatment kits, called Kit Yamoyos, that contain Oral Rehydration Salts and zinc and promote the importance of handwashing by adding soap. The project implemented the founding logic of the organization and analyzed Coca-Cola’s distribution model to distribute the treatments in the most rural and remote areas of the country, specifically to mothers and children under 5 years of age.

ColaLife in Zambia, with the consent of Coca-Cola and its bottling company, SABMiller, coined the “AidPod” package, designed to fit into the unused portion of the crated bottles. This innovation proved that the supply chain could play a fundamental role in the accessibility of these treatments.

Currently, the initiative no longer needs the innovative hand of ColaLife. Kit Yamoyos are being produced and sold by local companies, reaching 1.2 million sales by the end of 2019. This number represents one million people whose lives have been saved. The Zambian Government is the largest customer for the kit and has contributed significantly to this cause. These kits are now easily found in supermarkets and are also sold by informal street vendors.

The WHO has included in its Essential Medicines List (EML) the combination of ORS and zinc as a treatment for diarrhea. This milestone shows commitment, but above all, the success that the organization has had. The success of COTZ has shown that the solution pursued by ColaLife in Zambia has had a substantial impact. The organization would like to replicate the self-sustained impact that was made in Zambia in other parts of the world. ColaLife wants to continue promoting the treatment to save the lives of millions of children globally. Access to these kits could be the global solution to preventable deaths caused by diarrhea.