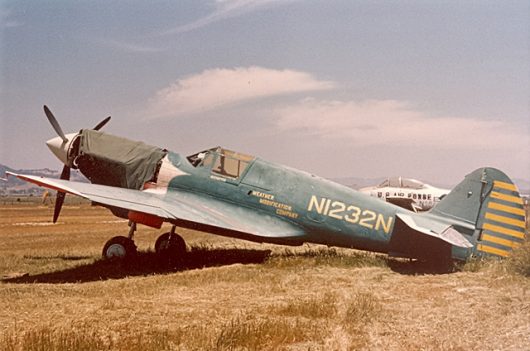 The World Wildlife Fund predicts that in 7 years, two-thirds of the world’s population will face a water shortage. This hypothesis is due to a number of reasons such as higher birth rates and longer lives as a result of improved healthcare, pollution as a result of oil, chemicals, trash disposal and fecal waste, poor management of resources and conflict.

Such an outcome is further exasperated by changes in climate, particularly in the form of an increase in the number of droughts and the melting of glacial mountains. If this continues, humanity will face a number of issues. For starters, health will decline and disease susceptibility will increase as more individuals lose access to clean drinking water and proper sanitation.

If these changes occur, then the financial security as individuals will also be affected as people become unable to function properly for work and school. Overall, the efforts of poverty reduction will be for naught if climate change continues to deplete water resources. In order to help combat these effects of climate change, scientists have been working towards enhancing a process called cloud seeding.

Cloud seeding is the process of adding chemicals — like dry ice, silver iodide, etc. — to clouds to increase rainfall. Typically, these chemicals are shot or released into the sky by machines or small jets. Since its discovery in the 1940s, this system has been used to generate snow, and to try to stop hurricanes, or extend monsoon seasons. However, it wasn’t until 2017 that the hypothesis for the methodology was confirmed to be true and, thanks to this significant finding, scientists determined a range of potential effects/uses of cloud seeding.

Of these proposals, the potential effect cloud seeding can have on agriculture and the food security problem is one of the most notable. Cloud seeding is believed to support healthy growing seasons as it has the potential to combat droughts by boosting the amount of precipitation in a given area by 5 to 15 percent.

If cloud seeding is implemented, there will be increased harvesting and more food available from a wide variety of crops for the ever-growing human population. The process also has the potential to improve biomes, allow for more fertility and create more farming land and land that could be used to build better homes. Such effects can then indirectly create jobs and contribute to financial security for people living in poverty-stricken countries.

Due to the potential benefits, many developing countries are starting to fund their own cloud seeding program, but without considering the potential drawbacks. Some of the downsides of this technology include the safety of continued exposure to silver iodide and other chemicals, which some studies have reported can cause skin discoloration and be carcinogenic.

Another setback is the economic and technological availability. There are countries like Dubai and China where they have the economic sufficiency but lack the technology and basic geographical set up to manage the precipitation. The amount and length of precipitation is also difficult to control, as can be seen in 2009 Beijing and the 2017 flooding  in Dubai.

The bottom-line is: cloud seeding is uncharted waters. There are variables that need to be taken into consideration before introducing nationwide cloud seeding programs in developing countries, especially in the case of long-term use. However, once addressed, cloud seeding has the potential to bring the seemingly achievable dream of eradicating global poverty a step closer to reality.

Action Rather than Reaction: Girls’ Education in Mozambique USAID’s Approach to Violent Extremism and Development
Scroll to top