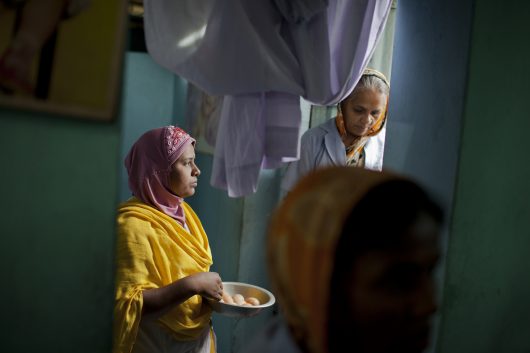 Since the early 2000s, organizations such as the U.S. Agency for International Development (USAID) and the World Health Organization (WHO) have had vested interests in setting up preventative measures aimed at eliminating the spread of HIV/AIDs. Such elimination is particularly an issue in developing countries, where the disease is most prevalent.

According to USAID, optimizing for the “effective and sustainable” delivery of services is a pivotal strategy towards eliminating the spread of HIV/AIDs in developing countries and on a global scale. Such a strategy targets various means towards the end goal, including the efficient training of healthcare workers, effectively administering antiretroviral medicine within clinics and hospitals and providing efficient laboratory training and lab systems for HIV viral load testing.

Moreover, the U.N. has initiated a “90-90-90” plan in response to the rapidly growing HIV/AIDs epidemic. Under this plan, the end goal is for 90 percent of populations infected with HIV to have received antiretroviral therapy by the year 2020.

Currently, only 60 percent of the 36.7 million individuals living with HIV are aware of their positive status, and less than half of these individuals are receiving the medical attention necessary to help prevent its spread among unsuspecting persons.

According to the WHO, more than 90 percent of persons infected with HIV live in developing countries with poor access to medical treatment. Likewise, the highest rates of infection lie in the underdeveloped countries of sub-Saharan Africa, where money and healthcare resources are extremely limited.

To help combat the spread of HIV, the WHO remains dedicated to promoting for an increased budget in HIV vaccines, easy access to testing and counseling services and providing affordable healthcare treatments for individuals living with the virus. Taken together, these measures can be utilized for eliminating the spread of HIV/AIDs in underdeveloped countries as well as on a global scale.

MADRE: An Organization for Women Across the World 10 Ways to Reduce Poverty in the World
Scroll to top