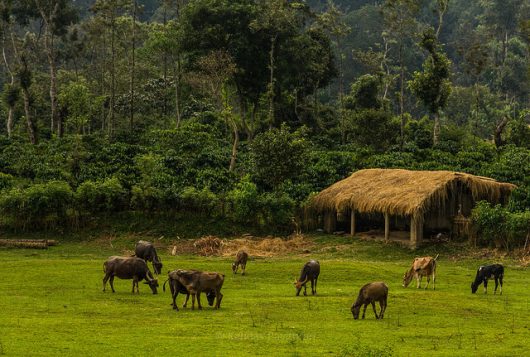 Climate-smart agriculture is the concept of increasing the sustainable development of farming and ensuring food security for all. The world must adapt to the changing climate to prevent more people from falling into poverty.

A rapidly growing population is causing the demand for food to swell quickly, but the vulnerability of agriculture to climate change is making it even more difficult for crop yields to meet the demand. The Food and Agriculture Organization reported that the world will need to increase food production by 70 percent in order to feed an estimated population of nine billion people in 2050. Here are five climate-smart ways that the international community is working to make agriculture more efficient and environmentally effective:

According to the World Bank, 70 percent of the world’s population lives in rural areas where agriculture is their main source of income. Poverty, hunger, agriculture and climate change are deeply connected. Creating climate-smart farming throughout the world can mitigate the harsh effects of changing climate as well as reduce poverty.

What is an NGO and What Do They Do?Jill Stein Equates NAFTA to Global Poverty
Scroll to top