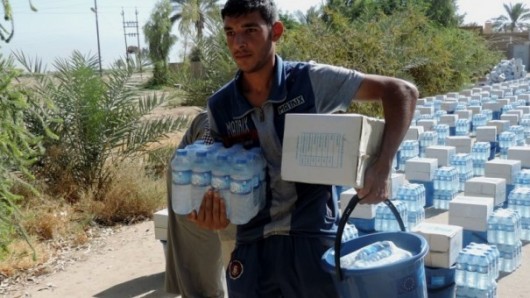 Cholera outbreaks are not altogether uncommon in Iraq. The bacterial infection is endemic to the region and reported cases usually spike every two to three years around November. Due to this regularity, the Iraqi Ministry of Health has developed a multidimensional approach to combating these outbreaks—but this year has been different.

An unprecedented at-risk population has emerged, as more than 250,000 Syrian refugees have fled their homes to Iraq at the same time that Iraqis are becoming internally displaced by the ongoing conflict with ISIS in the north. Funding has been diverted away from municipal services to pay for defense, and authorities have been unable to fully address community wells that have been contaminated by sewage from flood drainage.

More than 2,000 cases of cholera have been reported over the last three months, including six that have been fatal. One in five of these cases affect young children, and many are being diagnosed in the 62-refugee and Internally Displaced Person camps across the country.

Health officials may also face being inundated with additional patients due to the millions of Shi’ite Muslims expected to make their pilgrimage to Iraq in observance of Arbaeen, a ritual marking the end of mourning over the death of Hussein. When these travelers return home, there is a good chance they will take the bacteria with them, and this will compound an outbreak that has already spread to Syria, Kuwait and Bahrain.

“There is, unfortunately, a high risk that cholera will reach more areas affecting marginalized and displaced children, women and their families, in particular,” UNICEF Representative in Iraq, Peter Hawkins, said. In response, the Health Ministry, UNICEF and the World Health Organization are ramping up their campaigns to vaccinate refugees, treat patients and educate communities on practices that will reduce the risk of transmission. 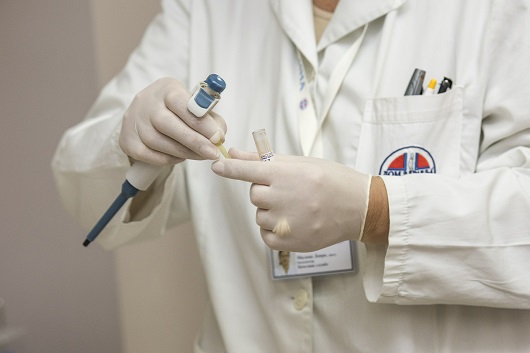 In late October, health officials trained 1,300 vaccinators and 650 social mobilizers to carry out a first-phase vaccination deployment. Since early November, more than 91 percent of targeted Syrian refugees received the oral vaccine and will receive a second dose by the end of December. The second round will guard against cholera for at least five years. It was a desperately needed victory for Iraq, but the World Health Organization stressed that vaccinations should not divert attention from other prevention measures.

“We need to intensify health promotion and education to help communities protect themselves,” WHO Representative, Atlaf Musani, said.

To that end, UNICEF has supported a massive public education campaign. Cholera prevention methods are being sent out on social media, in text messages, by volunteers taking pamphlets door to door and on billboards in affected areas. People are being urged to use water only from protected sources and to get seen by a doctor as soon as symptoms of cholera present themselves.

Primary school children at a refugee camp in Dohuk were taken from regular classes to learn how to properly wash their hands and blow their noses. Officials are hoping that by reaching students, the information will get back to families as well. “Families can protect themselves in simple ways,” Hawkins said.

For communities already infected, or at risk of infection, health officials and UNICEF have undertaken an aggressive treatment campaign. Bottled water has been distributed to 37,000 people, community wells capable of serving 15,000 people have been built, 820,000 packets of rehydration salts are being given out and 3.1 million water treatment tablets will reach households across the country. Some schools have even delayed the beginning of classes for at least a month.

As with most humanitarian missions, the fight against Cholera outbreaks in Iraq is being hampered by a limited budget. If UNICEF is to continue supporting the Iraqi government, a $12.7 million funding gap will need to be filled. For the most vulnerable patients, this funding will mean life or death.