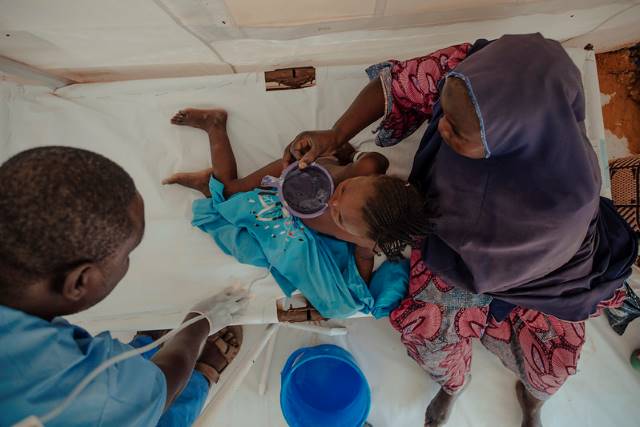 Between January and August 2021, Nigeria experienced a surge in cholera cases with more than 31,000 “suspected cases,” 311 confirmed reports and more than 800 deaths. With close to 200,000 COVID-19 cases, a surge of cholera during the pandemic has heightened public health concerns in Nigeria. As such, addressing cholera in Nigeria is currently a top priority for the country.

According to the World Health Organization, “cholera is an acute diarrhoeal infection caused by ingestion of food or water contaminated with the bacterium Vibrio cholerae.” Despite being both preventable and treatable, cholera is very dangerous as it can kill an individual within hours without intervention. While mild cases are easily treatable with “oral rehydration solution,” more severe cases necessitate “rapid treatment with intravenous fluids and antibiotics.” These are resources that many impoverished developing countries simply cannot afford.

According to the Centers for Disease Control and Prevention, the number “of people who die from reported cholera remains higher in Africa than elsewhere.” The WHO emphasizes that the “provision of safe water and sanitation is critical to prevent and control the transmission of cholera.” The WHO also recommends oral cholera vaccines in areas where cholera is endemic.

The Nigerian government continues to implement policies to control the spread of cholera. Promoting basic sanitation, improving hygiene practices and providing clean water are ways the government does this. In an attempt to mitigate the spread of cholera in Nigeria, the government has also supplied solar-powered boreholes with the help of the International Organization of Migration (IOM). As of 2019, the IOM has maintained 58 of these boreholes in Borno state and created 11 new boreholes. The IOM also “rehabilitated 10 and connected them to solar power.”

An important way to stop the spread of cholera is through improving the vaccination system in Nigeria. After an outbreak occurred in 2017, the National Primary Healthcare Development Agency instated cholera vaccination programs. The next step will be to increase the supply of vaccines.

The MSF’s Role in Eradicating Cholera

Médecins Sans Frontières (MSF), otherwise known as Doctors Without Borders, is an independent global organization working to prevent cholera in Nigeria, among other missions. Its main focus is to provide medical aid in areas where it is most needed. Beginning in the 1980s, the MSF has responded to cholera epidemics across the world. Since then, the organization has worked to come up with new and more effective ways to eradicate cholera.

The MSF’s efforts to address cholera include supplying cholera kits, investigating outbreaks, establishing cholera treatment facilities, community education, improving access to water and sanitation and vaccinations, among other efforts. Cholera kits include “rehydration salts, antibiotics and IVs, along with buckets, boots, chlorine and plastic sheeting.” Sanitation improvements allow MSF to ensure the availability of clean water to citizens of Nigeria. Additionally, soap and clean water are provided for at-home use.

Promoting health is another major goal of the organization. At the time of an outbreak, those who work in the health field visit churches, schools and homes to help educate people on measures they can take to prevent the spread of cholera. Vaccinations are also employed to address Nigeria’s cholera outbreak. Providing vaccines is difficult, despite their ease of administration. Nonetheless, the MSF is working on vaccine campaigns. With patients receiving the proper care they need at the time they need it, the MSF states that deaths can potentially decrease from as high as 50% to as low as 2%.

In 2019, the MSF supplied more than 231,000 cholera vaccine doses to endemic nations across the world. With the work of the MSF and increased government initiatives, it is possible to significantly reduce cholera in Nigeria.