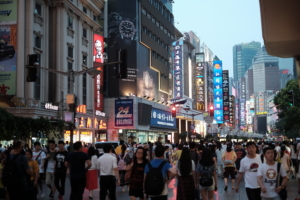 During the past three decades, more than 500 million people in China were lifted out of extreme poverty. And now, those people are buying the same goods that Americans have been purchasing for decades.

The Birth of Entrepreneurship in China

Peasants wanted ownership over the land they farmed and they did not achieve this under Mao Zedong’s rule. Deng Xiao Ping dismantled the farm communes set up by Mao and established a household responsibility system that led towards a more stable society, thus allowing for the establishment of a civil society with growth in the non-government sector. In about 40 years, the number of Chinese NGOs went from 6,100 to 354,000.

The new generation in China has more education and therefore, more opportunities to work outside of factories. The young Chinese people have the highest incomes and they are willing to spend it. Specifically, they are spending more to be connected; they are buying smartphones. As incomes rise, consumers spend money on food, personal care products and smartphones. 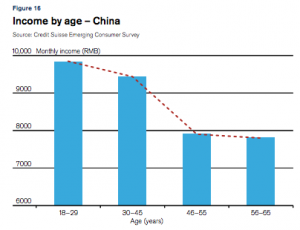 China is the first developing country to half the number of people living in poverty. During the past 34 years, the number of people suffering from hunger was reduced from one-third to one-tenth. China is not only lifting its own people out of poverty, it is also lending aid to Asia and Africa. These efforts have made the China Development Bank the world’s largest lender.