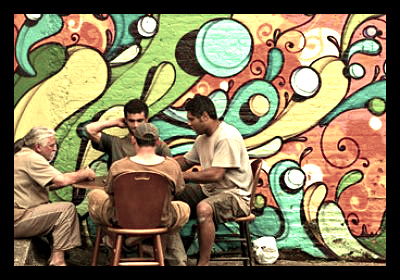 For decades, Brazil has been considered an underdeveloped nation with inequality, crime and dirty slums. Yet Bolsa-Familia, the country’s largest welfare program, has in recent years transformed Brazil’s poverty predicament for the better. Launched in 2003 by former President Luiz Inacio Lula da Silva, the program has benefited almost 50 million Brazilians and become a guide for numerous similar programs worldwide.

According to the World Bank, Bolsa-Familia is a primary reason for Brazil’s most contemporary social improvements. On the condition of sending their children to school and to regular medical exams, underprivileged Brazilian families receive an equivalent of about $35 each month withdrawn from a state-run bank by each family’s mother. Not only does this promote investment in children, it also empowers women to take financial responsibility for their households.

Bolsa-Familia is responsible for about 28% of Brazil’s poverty reduction. In the decade between 2002 and 2012, the proportion of Brazilians living with less than the $32 equivalent decreased from 8.8% to 3.6%.

Yet even with such extreme improvement in the lives of Brazilians, there is still more work to be done. When asked what they like to do for fun, a shocking 85% of Brazilians answered, “watch television.”

In an innovative effort to develop cultural expansion within the country, Brazil has developed a program known in Portuguese as Vale Cultura. The program constitutes a rechargeable coupon worth around $20 per month, available to Brazilians who make at most $300 per month.

While some may argue that both Bolsa-Familia and this new Vale Cultura program drain state funds and promote a dependency on welfare, various reports have noted otherwise. Of those on Bolsa-Familia, 12% have been able to give up the benefit, which accounts for less than 0.5% of Brazil’s gross domestic product. Such extensive success at such a low cost gives reason to believe that Vale Cultura may be an exciting opportunity with little risk.

Brazilians, according to a study conducted in Sao Paolo in 2013, on average only pick up four books per year and finish only two. The country is relatively isolated, despite its recent economic successes, and the poorest Brazilians are disproportionately underprivileged when it comes to cultural sophistication. Vale Cultura is an attempt to remedy this conundrum.

It will take time, of course, for Brazilians to develop a taste for this newly available culture. But culture minister Marta Suplicy is not disillusioned by the time it will take for this program to see success. The purpose is for people to try new things and to attain access to the cultural attractions many Brazilians previously ignored.