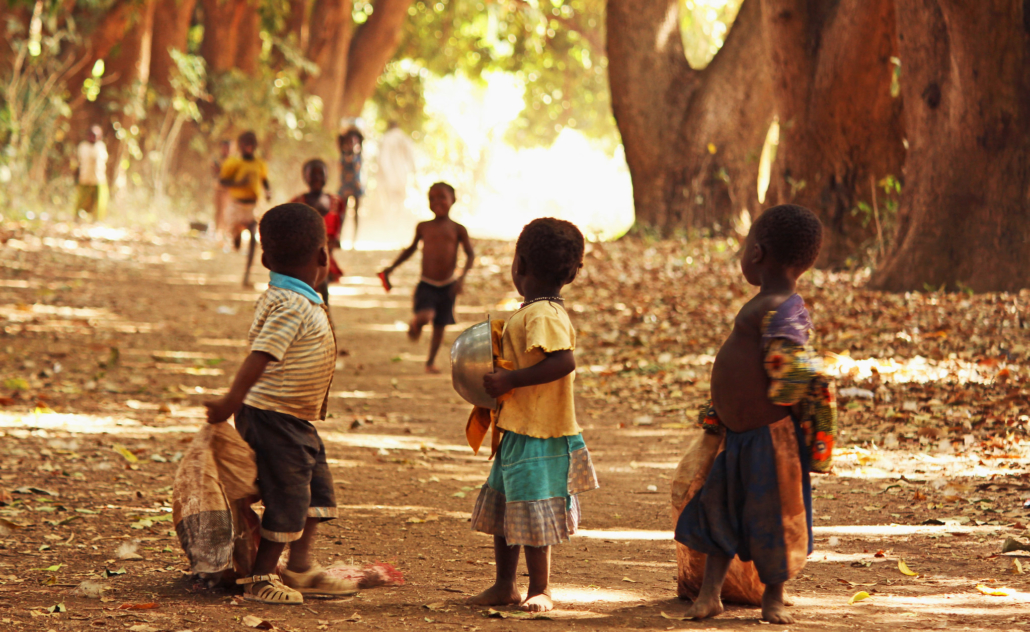 Burkina Faso, a small, landlocked country in Western Africa, is one of the least developed countries in the world. About 45% of the over 20 million who live in the nation face poverty. Nearly 2.2 million people live in dire need of aid, with children half of those in need. This crisis has only worsened due to the ongoing conflicts in the Sahel region of Western Africa, which have displaced millions of Burkinabé people and put them at a higher risk of poverty.

Children in Burkina Faso, who make up 45% of the population, face more challenges than nearly any other group of children on Earth — many of them have low access to nutrition, education, and healthcare, and are often subjected to child labor and marriage.

While Burkina Faso has always struggled with hunger, with 25% of children stunted from malnutrition, the COVID-19 pandemic has exacerbated the problem. The number of people in need of food aid has tripled to 3.2 million, and many of those suffering from malnutrition are children. Doctors and nurses in Burkina Faso are reporting extremely high numbers of malnourished children entering their healthcare facilities each day. Prior to the pandemic, Burkinabé children experienced hunger as a result of displacement from the conflicts in Africa’s Sahel region.

While attending primary school is compulsory for children in Burkina Faso between the ages of seven and fourteen, this rule is not enforced, and about 36% of children do not attend. Additionally, 67% of girls over the age of fifteen do not know how to read or write. The high levels of poverty in the country lead to low levels of education. Furthermore, the conflicts in the area have only made it harder for children to access and attend their schools. Attackers have raided the schools, injuring teachers and putting Burkinabé children at risk.

Burkina Faso has the tenth-highest under-five mortality rate in the world, with 87.5 out of every 1,000 children in 2019 dying before their fifth birthday. About 54 infants die for every 1,000 live births . That majority of these deaths are from communicable diseases and malaria, which the nation has struggled to prevent and control. While the number of healthcare workers in the area has increased in the past few decades, particularly between 2006 and 2010, it has not been quite enough to combat the need of the ever-growing population, and many children in the area are left without healthcare access.

Over half of Burkinabé children are married before their eighteenth birthday, and the country has the fifth highest rate of child marriage in the world. One in ten girls under nineteen have already given birth to at least one child. Girls with limited access to education have a higher chance of marrying as children. The same holds true for girls who live in impoverished households. Both of these trends remain common in Burkina Faso. The apparent social value ascribed to girls in the region is considered lower than their male counterparts. As a result, young girls who enter child marriages often do not have a choice in their future husbands.

42% of children in Burkina Faso are engaged in child labor rather than attending school. Though the government adopted a “National Strategy to End the Worst Forms of Child Labor” and raised the legal minimum working age to sixteen, these high rates of child labor have not decreased significantly over the past few years. These children work as cotton harvesters, miners of gold and granite, domestic workers, and in some rare cases, sex workers. Child labor puts children at risk of serious injury, and, in some extreme cases, even death.

While children in Burkina Faso face all of these challenges, work is being done to help them live safe, healthy and educated lives. Save the Children, UNICEF, Action Against Hunger and Girls Not Brides are just a handful of the organizations working in Burkina Faso to ensure that these children receive the care they need and deserve. Childhood in this region is, in fact, difficult. Yet, all is not lost as these groups work to improve the lives of children across Burkina Faso.