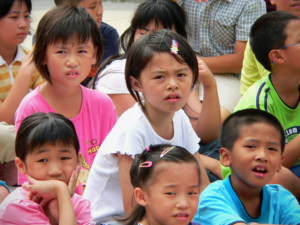 Taiwan is an island off the coast of China. Globally, it has received praise for its exceptionally low household poverty rate, which is under 1%. While child poverty in Taiwan is rare, further reducing it is a priority for the Taiwanese government.

Taiwan uses an absolute threshold to calculate the poverty rate. The country uses estimated monthly living expenses calculated in each province for its measurement. For example, residents in Taipei, a highly urbanized city, must earn over $337 for them to be over the poverty line. On the other hand, residents only need to earn above $171 monthly on the small island of Kinmen County. Such geographically-adjusted measures help ensure that Taiwanese families in expensive areas can afford basic necessities, including food, clothing and shelter.

Economic downturns do not render Taiwan helpless, such as the one in 2013. Instead, the Taiwanese government quickly raised welfare spending to help people who lost their jobs when factories relocated to China. Additionally, Taiwanese banks gave out microloans with extremely low-interest rates to help families start businesses. To this day, organizations outside of the government also participate in the fight against child poverty in Taiwan.

The Taiwan Fund for Children and Families (TFCF) is an NGO dedicated to eradicating child poverty in Taiwan. This fund sponsored 48,601 children in Taiwan, and 66, 417 children abroad. TFCF began helping children in Taiwan in 1964 by building orphanages. It has since introduced Family Helper Programs and other programs to deliver donations to families in need of assistance. Similarly, TFCF has provided thousands of families with cash, supplies, emergency relief, vocational training and house repairs or reconstruction. Already, the TFCF appears to have helped successfully alleviate child poverty in Taiwan.

The global community can learn from Taiwan’s anti-poverty programs, which have almost completely weeded out child poverty in Taiwan. A recent study found that only 6% of Taiwanese children living in poverty — an already smaller group comparatively — experienced persistent poverty compared to 13.8% in the U.K. and 15.9% in Canada.

Child poverty in Taiwan is incredibly low due to effective country policies. However, there are a few areas where the state could improve. One problem is that many citizens make just above the poverty rate and are struggling to get by. Some of these families could earn more if they found lower-paying jobs and went on welfare.

Another problem is that a lot of immigrant families, particularly Southeast Asian immigrant families, primarily find low-skilled jobs and experience persistent discrimination. Similarly, many Aboriginal Taiwanese are also victims of racism, which can make it difficult to find jobs. This led to an approximated 60% poverty rate for Indigenous peoples in Taiwan. Every country, Taiwan included, could improve its anti-poverty strategy. Fortunately, the Taiwanese government is actively trying to help many of the groups that experience high levels of poverty.

Taiwan is one of the few countries in the world that retains a low poverty rate, particularly such a low child poverty rate. Taiwan can implement further improvements, but the country is a model for the international community in eradicating poverty.