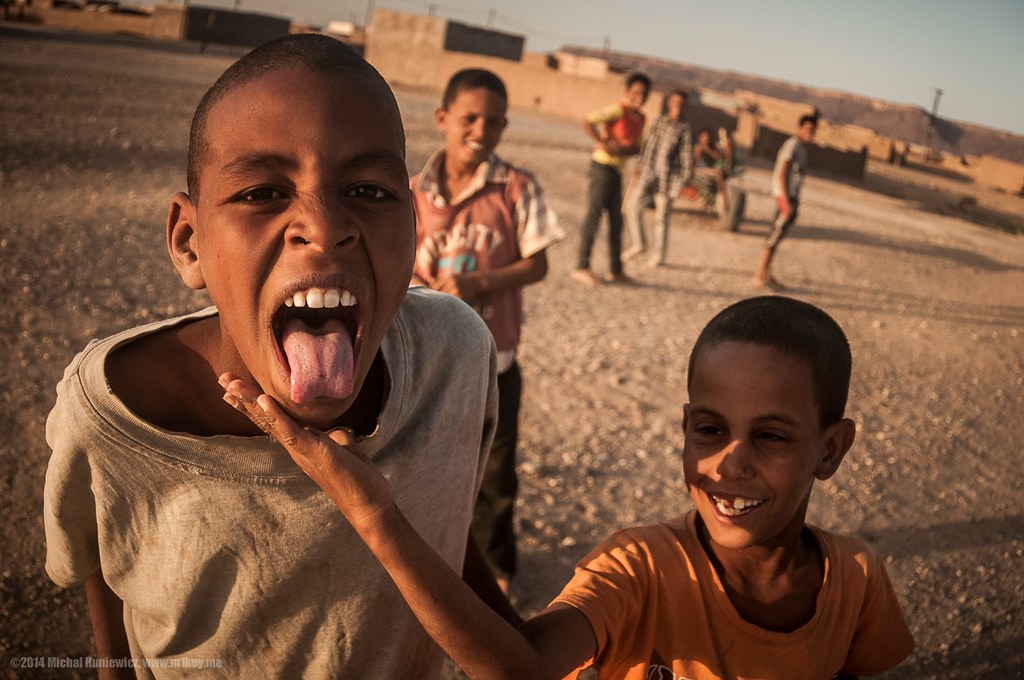 Mauritania in coastal west Africa is among the most impoverished countries in the world, with 31% of its 4 million people, or around 1.2 million people, living beneath the poverty line as of 2014. Consequently, child poverty in Mauritania is likely to be one of the gravest situations in the world, even though reliable data regarding child poverty is scarce due to the fact that 56% of births in Mauritania do not have legal documentation.

Despite the abundance of natural resources present in the lands and waters of Mauritania, decades of political and social instability coupled with corruption, oppression and a centuries-long history of ethnicity-based enslavement have created conditions that continually exacerbate child poverty and poverty in general. Other factors such as frequent droughts in and around the Sahara Desert in Northeastern Mauritania also deprive people of food and income to feed themselves or their children. Accordingly, one reliable indicator of the severity of child poverty in Mauritania is the fact that an estimated 19.2% of children under the age of 5 were underweight in 2018.

Child Poverty and Slavery in Mauritania

Poverty and slavery in Mauritania interconnect. Though Mauritania abolished slavery in 1981 and criminalized it in 2007, the persistence of the oppressive ethnic caste system continues to deprive the Haratine population, an ethnic minority in Mauritania, of receiving the social and economic freedoms that the rest of the country receives. As a result, 20% of Mauritania’s total population––and half of all Haratines–– remain enslaved, either explicitly through the threat of punishment or de facto due to socioeconomic discrimination and indentured servitude in 2018.

People inherited and often still inherit slave status in Mauritanian society. As a result, many children are born into slavery to serve the slave masters of their parents or the masters sell them to other families where they often suffer neglect and injury. This continuing cultural practice of hereditary slavery perpetuates a self-sustaining cycle of poverty in the Haratine population of Mauritania. This is one of the ways by which child poverty in Mauritania manifests itself––and by which the practice of slavery continues to maintain itself.

As slaves, children do not receive an education that could provide them with valuable knowledge and skills to improve their living situation. As a result, the threat of living in near-certain poverty if they were to leave their master’s household traps children with their masters. With few viable alternatives to make enough money to live, “former [child] slaves (commonly descendants of slaves) continue to endure slave-like practices, including working for their former masters in exchange for food, money, and lodging” according to the U.S. Department of Labor’s Bureau of International Labor Affairs.

One promising solution that focuses on reinvesting in childhood development in order to break the poverty cycle is providing direct transfer payments to people––primarily mothers–– in impoverished villages on the condition that they attend classes on hygiene, nutrition and early childhood development. This program is jointly funded by the Mauritanian government, the World Bank, the U.K. Department for International Development and the French Agency for Development. Households receiving the payments have seen their families’ and their village’s living conditions improve as they take more care to prevent disease and malnutrition. One of the main objectives of the program is “to invest in the next generation and break the poverty cycle by tackling intergenerational poverty.”

Though Mauritania is currently one of the most impoverished nations in the world, its young population and abundance of natural resources should help the country achieve long-term prosperity.