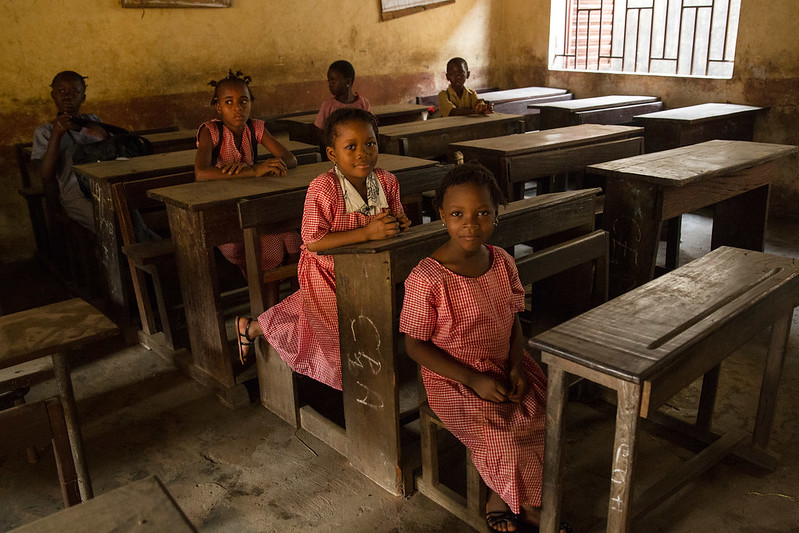 Guinea is a country located on Africa’s west coast. While it is small, Guinea has some of the largest deposits of iron in the world and has a valuable amount of agricultural and natural resources. However, the country continues to have high poverty rates, with 43.7% of Guineans living below the poverty line in 2018. This situation is primarily due to political unrest and a lack of investment in the country’s infrastructure. Child poverty in Guinea also became exacerbated by poor healthcare and a lack of protection against labor and trafficking.

Health in Guinea has been a constant issue that contributes to poverty. The average life expectancy for men is 53 and the average life expectancy for women is 56. Moreover, the infant and maternal mortality rates are high because there is a lack of medical resources in Guinea. Numerous children die from curable and preventable diseases, such as yellow fever, polio, measles and malaria.

Furthermore, the Ebola outbreak in 2014 shed light on other healthcare issues in Guinea. Guinea was one of the Ebola epicenters and, unfortunately, there were not enough doctors, nurses, beds or equipment to aid those in need. With every available resource needed to fight the outbreak, treatments for preventable medical conditions were often not available. Additionally, child malnutrition rose because of the Ebola epidemic, as food prices went up and many families could not afford to eat. Roughly 320,000 children under the age of 5 need medical treatment for malnutrition.

It is estimated that there are about 5.6 million children under the age of 18 in Guinea. Roughly 670,000 of them are growing up without their parents. Many of these children have lost their parents because of AIDS. The significant number of orphans has forced children to work, which is a violation of human rights. There is a lack of oversight for mining activities, so children often end up working in the dangerous conditions of the mines. The harmful substances in mines are dangerous and unsuitable for adults, let alone children. Additionally, children who work in the mines generally drop out of school because they are not able to work and receive an education at the same time.

Child poverty in Guinea has also resulted in child trafficking and sex trafficking. However, there is a concerning lack of data on this topic. Child trafficking remains a big concern in Guinea. In court cases, many of the alleged perpetrators go unpunished. Furthermore, the victims of trafficking are not given the support they need to reintegrate into society.

To improve the lives of children in Guinea, it is imperative that support, healthcare and education are provided at an early age. SOS Children’s Villages is an organization that supports children who do not have parental care. With the help of donors, governments, communities and other organizations, it assists impoverished communities and disadvantaged children. SOS Children’s Village’s strategy is solely geared toward sustainable development goals in areas such as child protection, poverty, education, health, inequality and proper work hours. The organization works with locals to aid families that are vulnerable to poverty, so young children can grow up with their families