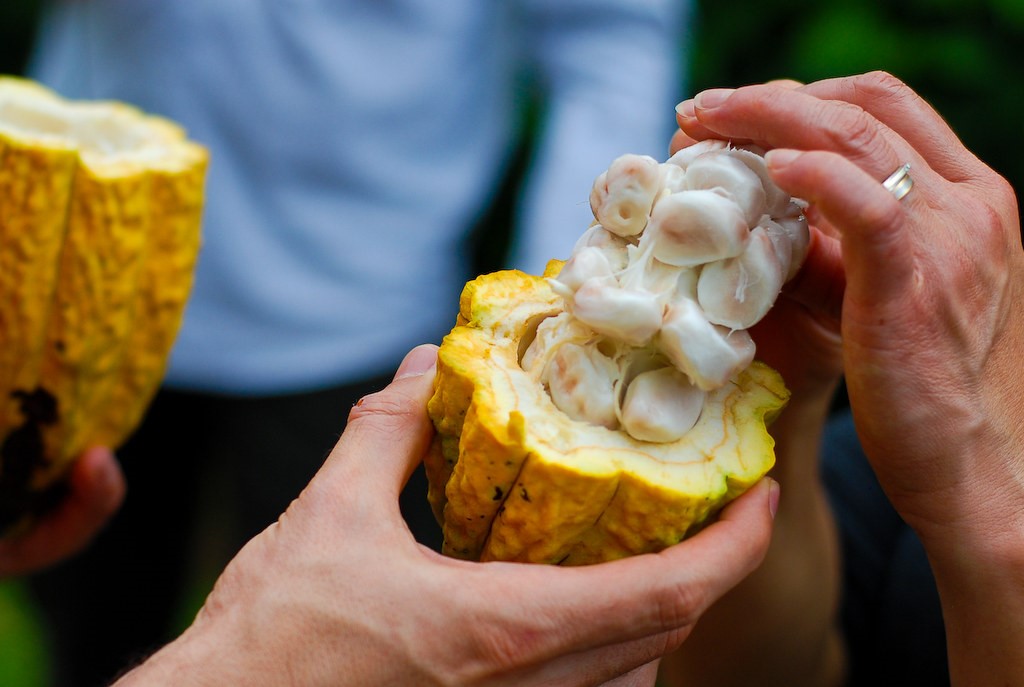 Chocolate is produced from the cacao bean, often referred to as cocoa, which is primarily grown in Western Africa. More than 70 percent of the world’s cocoa comes from the countries of Ghana and Cote d’Ivoire in West Africa, where children are often employed in harsh, unsafe conditions to meet the demands of the market. Such labor takes place in order to increase production while keeping prices competitive.

According to the Food Empowerment Project, the farms of Western Africa supply cocoa to international giants such as Hershey’s, Mars and Nestle. Cocoa is grown primarily as an export crop and accounts for 60 percent of the Ivory Coast’s export revenue.

Cocoa farmers, however, earn less than $2 a day, an income below the poverty line. As a result, farmers look for cheap sources of labor to keep their prices competitive.

These low wages perpetuate child trafficking and dangerous conditions for working children. According to the International Labor Rights Forum, children laboring on cocoa farms are exposed to chemicals, long working hours, and the denial of a formal education.

Children are also reportedly forced to use chainsaws and machetes, and they sometimes must drag more than 100 pounds worth of cocoa pods through the forest. If the children do not work fast enough they may be beaten.

The problem is getting worse. Between 2009 and 2014, Child Labor in cocoa production increased by 46 percent. Most of the children in West Africa begin working on the cocoa farms between the age of 12 and 16, although children as young as five have been found working.

An estimated 1.8 million children are being forced to labor on cocoa farms in Western Africa. In Ghana, 10 percent of the children do not attend school, while the number is as high as 40 percent in Cote d’Ivoire.

Despite its prevalence, in Cote d’Ivoire child labor is actually illegal. Offenders could receive one to five years of jail time and up to $2,200 in fines. These laws, however, are rarely enforced.

The country has invested about $40 million to implement projects such as the building and rebuilding of schools and a tracking system to keep at-risk children accounted for and safe. However, without the enforcement of the law many children are not protected by these measures.

Advocates have called on the $60 billion chocolate industry to help alleviate the problem of child labor by paying cocoa farmers a livable wage and consumers to avoid purchasing chocolate that is sourced from Western Africa.