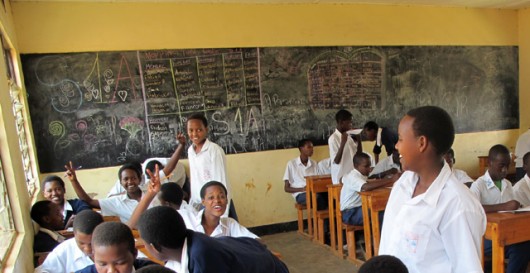 There has been an increase in the national budget for education in Rwanda for the 2017-18 year. The budget was 17 percent in 2012 and is projected to rise to 22 percent. This funding will help provide Rwandan students with the opportunity to further their studies.

Rwanda was awarded the Commonwealth Education Good Practice Award in 2012 for its education program. The program is called the Nine Year Basic Education Fast Track Strategies and was designed to provide access to nine years of education for Rwandans. The community-based curriculum emphasizes quality education and community-incorporation.

Classrooms and restrooms have been built in accordance to the program. The program was initiated in 2009 and the success of the program is evident in the increase in enrollment, retention, and completion rates of primary school.

Rwanda’s prioritization of the education of the youth is shown through the increase in enrollment rates throughout the country. Hopefully, other African countries will be quick to follow Rwanda’s lead.