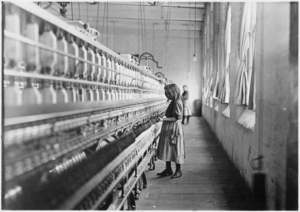 The existence of child labor is a prominent human rights issue in today’s world. The United Nations defines child labor as any work completed by children who have not yet reached the minimum legal age required for either a specific kind of work or any work that is generally viewed as unacceptable for children. Unacceptable work usually involves potential harm, dangerous conditions or physical strain unsuitable for underage youth.

To combat this issue, it is important to understand pertinent child labor facts. This knowledge will allow people to fully realize how many young workers never have the chance to be children:

Even though there has been a significant decline in the number of child workers, this is only a moderate decrease compared to the total number of children who are forced to work. As demonstrated by the facts above, this issue is still very present today, and perpetuates the cycle of poverty in developing countries.

Save the ChildrenChild Labor in Afghanistan
Scroll to top