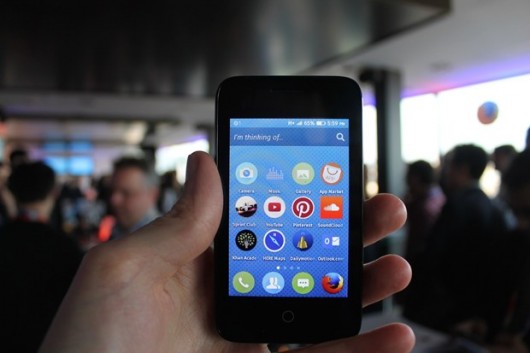 Global mobile carrier, Orange, has just launched the world’s cheapest smartphone. By doing so, they have opened up countless potential opportunities for low-income individuals and their families.

The new device is called Klif and runs on Mozilla’s Firefox 2.0 mobile operating system. Retail has been set at $34, or the equivalent exchange rate in countries where American dollars are not used. Features of Klif include a two megapixel camera, Firefox web browser, an FM radio and full Wi-Fi, GPS and Bluetooth integration.

While smartphones are readily available to Africa’s upper and middle classes, those in lower income brackets are typically unable to afford the devices, let alone the sky-high data plans required to run them. Klif includes a data, text and voice plan, and can be run immediately after activation.

With smartphones and certain apps, farmers can check the weather, nurses and doctors can receive patient updates and students can supplement their learning. As Orange expands its network, even more people will be able to reap the benefits of increased data access.

Orange has released Klif in 13 countries across Africa and the Middle East, with the hopes to enter more markets in the near future.

Executive Vice President of Connected Objects and Partnerships for Orange, Yves Maitre, said of Klif, “By scooping up all the costs into one, incredibly priced digital offer, we hope that critical access to the mobile internet and all the opportunities that that opens up, will be within reach of many more people.”

With Klif and increased mobile access in general, developing countries have more potential to catch up with the top nations of the world.