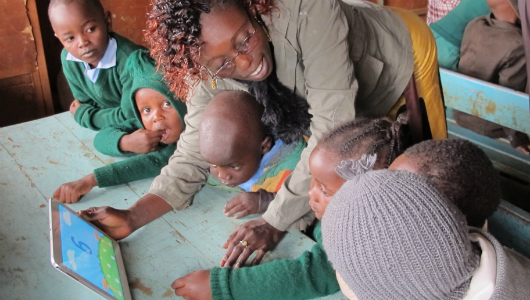 Like The Borgen Project, Computer Aid International is a nonprofit that’s working to reduce and eliminate global poverty, but it goes about that task in a very different way. It’s what’s known as an ICT (Information Communications Technology) development charity, and it’s registered in the U.K.

Computer Aid International takes old computers, wipes their data, and cleans them up until they work like new. They then give those computers new jobs in the nonprofit sector of the developing world.

According to Optimist World, “Computer Aid International sends its PCs to schools, colleges, hospitals and charities in over 100 developing countries … [and] works with partner organizations in the countries it sends its PCs to, who provide the IT training and technical support.”

Meteorological offices depend on the computers sent by this organization, needing them in order to both inform agricultural workers when to sow and reap their crops and also let them know what kinds of seeds will produce maximum yield. Localized forecasts in Uganda, Mozambique and Zimbabwe have greatly assisted communities in protecting against extreme poverty and hunger.

Furthermore, the computers that Computer Aid International provides help children in developing countries with their educations.

“For these students, the opportunities provided through education and IT literacy offer a way out,” said an article in Optimist World. “In Nairobi, the job market is extremely competitive, and it is only with computer skills that young people can compete for professional or administrative jobs.”

By giving these younger generations the opportunity to compete in the job market, Computer Aid International also offers a better and more productive lifestyle for them and for their families. Also, this association gives schools the means to provide students with disabilities with specialized vocational training. Through their partnership with Sightsavers International, they are specially equipped to help the visually impaired through a uniquely adapted screen and synthesized speech output.

Computers and cameras as well as other technologies are also provided to doctors, and they bring new and improved healthcare to even the most remote areas. Since Computer Aid International has intervened, thousands of previously inconspicuous conditions have been accurately diagnosed and treated promptly.

To donate your unwanted computers to help a noble cause, go to http://www.computeraid.org/donate.html to learn more.