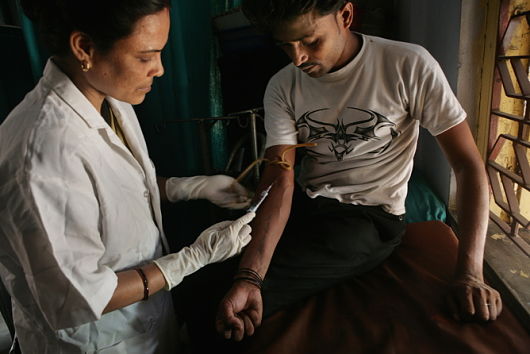 Cancer. The dreaded disease kills millions around the world. It sometimes seems like everyone knows someone that it has cursed with its cruel touch. But even in the developing world, it is having a huge impact on thousands of people.

According to the World Health Organization (WHO), around 7.9 million people around the world die from cancer each year. While many think of this as more of a developed world problem, 5.5 million of those cancer-related deaths take place in the developing world. That is 70 percent of cancer deaths across the globe. Once a disease associated with the affluent, it is now an affliction of the poor.

A few factors will contribute to this expected rise within the next 15 years of cancer-related deaths. First is the globally aging population. To go along with this is a increase in rapid, unplanned urbanization as well as the globalization of unhealthy lifestyles.

Most health infrastructures in developing countries are designed to respond to infectious diseases. Cancer requires more resources financially, as well as treatment technology, equipment, staff or training than most countries have access to.

There is not only an issue here of deaths but also needless suffering. Sadly, there is very large lack of response capacity in the developing world. There is a lack of preventatives, treatment, public education and diagnosis. Early diagnosis in particular is a problem, and once diagnosed it is usually the rich that have access to treatment, whether surgery, chemotherapy or radiotherapy out of country. This is especially the case in Africa.

After all that, it might appear that everyone is doomed. However, recent good news about new technology to diagnose cancer early in the developing world has things looking up.

Early diagnosis is key in cancer. If the disease is not recognized early through cancer testing, then treatment is usually not effective. Seventy percent of those that even get diagnosed in the developing world do at this late stage when treatment is essentially useless.

Important to detecting cancer are biomarkers – cells or molecules along with “any other measurable biological characteristic that can be used as an objective way to detect disease.” Glycoproteins are especially useful biomarkers. They are found throughout the body, in blood, mucus and sperm.

Essentially, the lock and key technique means that only another cancer glycoprotein will fit the mold – others might be the same size, but they will not have the specific molecules needed to bind to the lock created by the original one.

As this method of diagnosis does not rely on antibodies, it does not require special storage. The lock and key cancer testing method is a simple and effective way to detect cancer early, and can even be molded to specific cancers and other diseases. The advantages are obvious, but time will tell if the method of testing becomes wide-spread in the developing world.