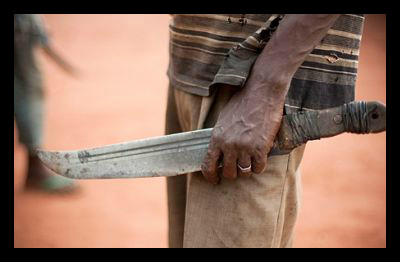 Despite turmoil between rebels and Ugandan troops in the Central African Republic, recent months have shown progress in the country’s state of affairs. While the government has come up with strategies to develop the country internally, international aid groups have increased efforts in an attempt to give the country the boost it needs to overcome recent rough patches.

The interim president Catherine Samba-Panza began the month of June by announcing a four-part plan to restore social order and instill peace. Overall, Samba-Panza is hopeful about the power of free dialogue and believes it is a necessary step in the development of the country.

Samba-Panza believes the highest priority is to ensure quick and honest information about matters of security, criminal prosecution, peace and reconciliation between the government and citizens. The interim president has made it clear that criminals will not be exempt from punishment.

The government will also make it a top priority to increase dialogue with young men who are statistically at the greatest risk of being recruited by rebel militias.

Third, the government will reach out to individuals who have been displaced throughout the country and those who have sought refuge in other countries and encourage them to return.

Finally, the government will muster ways of increasing hospitable relations between Christians and Muslims within the country. The religious friction has been a source of major tension.

In addition to internal government development, various groups have bolstered support in recent months. The European Commission’s Humanitarian Aid & Civil Protection Department and UNICEF have installed one new water well in Bangui while also repairing older wells around the city. The water is estimated to have provided water to some 800,000 people in the months of May and June. Around 4.8 million liters of water will be produced every single day. In addition to reparation and installation of wells, ECHO and UNICEF have aided water delivery by delivering chemicals and fuels to strengthen water systems.

Lack of water supply is one of the largest issues fueling the conflict in the Central African Republic. When the conflict began two years ago, only 67 percent of people had access to clean water. As a result, cholera and diarrhea were highly prevalent throughout the country. The latter was the cause of 10 percent of deaths in children under five before the crisis began. Access to water is a vital step in increasing the stability of this unstable country.

USAID’s Office of Foreign Disaster Assistance (USAID/OFDA) has also joined in the recent support efforts. At the end of June a cargo plane carrying 186 metric tons of supplies also touched down in the capital city of Bangui. The shipment included thousands of buckets, wool blankets, kitchen sets and wool sheeting. The second airlift will arrive sometime in the middle of July and will be the last of this installment. It is estimated that these supplies will benefit over 60,000 individuals in the deadliest area of the country.