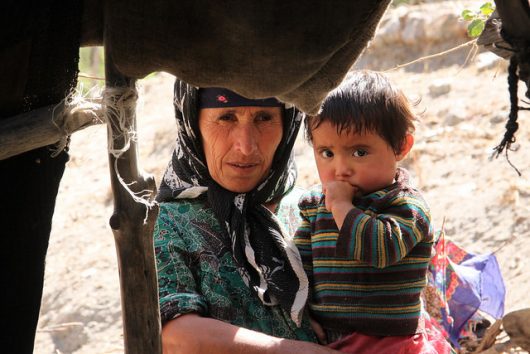 Since its independence, after the fall of the Soviet Union, the government of Tajikistan has made incredible strides in reducing poverty across the country. Since 1991, its pace has placed it among the top 10 percent in the world. Despite this, approximately 32 percent of the country’s 8.6 million citizens remain below the national poverty line, with 3.7 percent living on less than $1.90 per day. With so much strong work already done to combat poverty across the nation, it is important to understand the remaining causes of poverty in Tajikistan in order to successfully continue the fight to eliminate poverty.

The first of these causes relates to Tajikistan’s economy. The poorest of the former Soviet states, Tajikistan has an economy that is largely reliant on remittances from Tajiks who are working abroad – such remittances comprise almost 50 percent of the nation’s total GDP. This leaves the economy open to external factors with the potential to heavily damage the economy, particularly in times of global financial crisis. Additionally, Tajikistan has an apparent inability to draw in foreign direct investment (FDI) due to a perceived unfavorable business environment, inadequate infrastructure and a weak legal system. Without significant change in policy in these areas, investment is unlikely to be forthcoming, limiting the ability of the country to lift itself fully out of poverty via economic means.

The lack of FDI and general private sector investment is also damaging to employment opportunities in the country. Tajikistan’s most valuable asset is its human capital and, at present, the country is incapable of creating enough jobs for the growing workforce. This has led to only 43 percent of the working age population being employed, with younger workers and women particularly hard hit by the lack of opportunity. With private sector opportunities only comprising 13 percent of jobs across the country, there are significant barriers to employment for much of the population, which can further exacerbate Tajikistan’s poverty dilemma.

The third of the primary causes of poverty in Tajikistan is related to infrastructure. An estimated 60 percent of the population is unable to access clean drinking water, leading to water from irrigation ditches – which is often polluted – being consumed instead. Adequate sanitation is similarly inaccessible, which has led to waterborne illnesses such as typhoid and diarrhea being widespread throughout the country. Both of these are particularly dangerous to children and infants and, as such, infant mortalities and malnutrition levels are above acceptable rates.

Through the aid of foreign governments and nongovernment organizations (NGOs), progress has begun in this area. UNICEF’s school-based hygiene project, for instance, is bringing fresh, potable water to schools through developing wells and pumping systems that the children can use, as well as improving sanitation facilities. Through projects such as this, thousands of children have seen living and health conditions improve exponentially. The World Bank is also extremely active in Tajikistan, with just under $370 million committed to a total of 23 projects across the country. These projects are aimed at supporting economic growth through developing the private sector as well as tackling the infrastructural and public service issues which ail the nation.

While foreign aid is certainly benefiting the country, it is unlikely to be enough to further reduce its poverty levels without governmental support. Government involvement is necessary to start seeing progress is overcoming the causes of poverty in Tajikistan, which would ultimately lead to a decrease in its poverty rate.