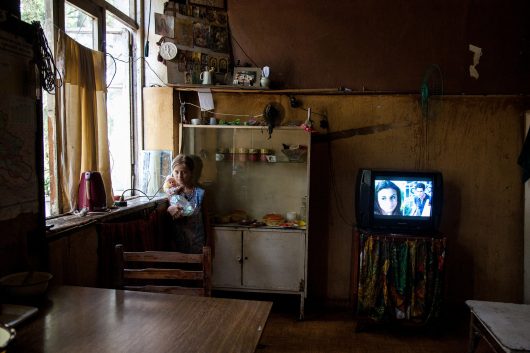 Georgia won its independence from the Soviet Union in 1991, but with that independence came social and economic challenges that continue today. A poverty analysis done by the Asian Development Bank outlines 17 trends in poverty, but there are two in particular that are clear causes of poverty in Georgia.

The first is agricultural stagnation. Georgia is a country with vast natural diversity and conditions that lead to agriculture employing almost 50 percent of the population, yet they only account for 10 percent of the GDP. This discrepancy can be attributed to fragmentation of land, poor connectivity to markets, weak support services and degraded rural infrastructure.

The economic growth that Georgia has recorded is largely unrelated to agricultural development; rather, it is due to foreign investment focus on real estate and banking, and as Rural Poverty Portal states, “…the downward trend in agrarian production has been accompanied by a growing incidence of rural poverty.”

The second cause stems from the first, which is limited access to and low quality of social services. The nearly 50 percent of the population that is employed by an unsuccessful agricultural industry and those unemployed altogether do not have access to quality social services. Education to gain skills for other developing industries in Georgia’s economy is incredibly basic and underfunded. In fact, the poverty analysis cites a high dropout rate. Healthcare is also rendered almost completely unaffordable, with nearly 65 percent of expenses being paid for out of pocket. These two social services alone can really limit socioeconomic mobility for the poor of the nation, thus ineffective social services are one of the causes of poverty in Georgia.

The two causes discussed are not isolated; rather, they are intertwined with other major causes. However, they are among the most discussed and relevant of the causes of poverty in an otherwise rich and diverse nation.

For the issue of agricultural stagnation, a shift in both domestic and foreign investment could make a critical impact. The Georgian National Investment Agency highlights different ways that groups can invest, like aquaculture, greenhouses and food processing.

As for limited social services, the government of the country has recently invested in and developed better healthcare opportunities through the new Primary Health Care Development Strategy 2016–2023, which was developed within the context of the 2014–2020 State Concept of Healthcare System of Georgia for Universal Health Care and Quality Control for the Protection of Patients’ Rights. These developments are happening because of raised awareness that brought the United Nations, International Monetary Fund, World Health Organization and others into the mix. Therefore, by raising awareness and starting discussions, the public services of Georgia can continue to improve and reduce these and other causes of poverty in Georgia further.