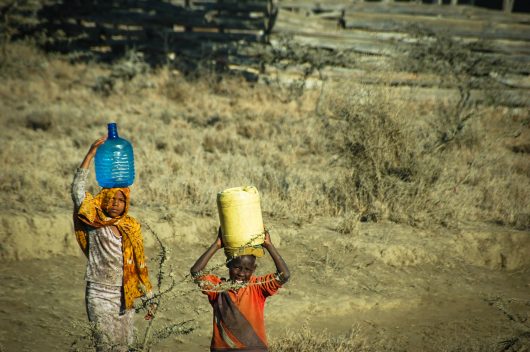 African countries tend to be surrounded by the stigma of poverty and underdevelopment. However, most people are oblivious to the fact that the region is, in fact, rich in natural resources. Tanzania falls into this category. The East African nation has no dearth of wildlife, land or minerals. Despite being endowed with such advantageous conditions, the question of poverty in Tanzania arises time and time again.

About 12 million people, or 28.2 percent of the population, are living in basic needs poverty, 80 percent of which reside in rural areas. The workforce is concentrated in the agriculture industry, which employs 75 percent of Tanzanian workers. The land can only sustain a certain number of commercial farmers, leaving the majority to make ends meet via subsistence farming.

The internal production of agricultural goods is not being supported. Cereals and other grains are often imported from international markets instead of being purchased from domestic producers. Shifting production back to the country will not only employ many people, but will also stimulate the GDP.

The underlying reason for poverty in Tanzania can be attributed to a lack of education. Focusing on education for all will reduce family sizes and expand career options, especially for women. Women in Tanzania have approximately five children, according to the World Bank. 42 percent of children face malnutrition because their parents have to allot their resources according to larger family sizes. Without enough money to feed their kids, sending them school is not an option. Education programs and family planning services have both been helping to curb the population growth in Tanzania; they also give women the opportunity to provide a supplemental income with the extra time they have.

Concentrating on education from a young age is vital for alleviating poverty in Tanzania. Multiple doors of opportunity will open up for them, and they will not be trapped into subsistence farming. Training and education will make Tanzanians adept and allow them to be competitive in the international economy. When fewer people are dependent on agriculture for their livelihood, farmers will have more available arable land and more opportunities to pursue commercial farming.

Unlike most African nations, Tanzania did not suffer through internal strife. This gives them a leg up and increases the expectations for improvement. Tackling education should be the top priority of the government in their domestic policy.