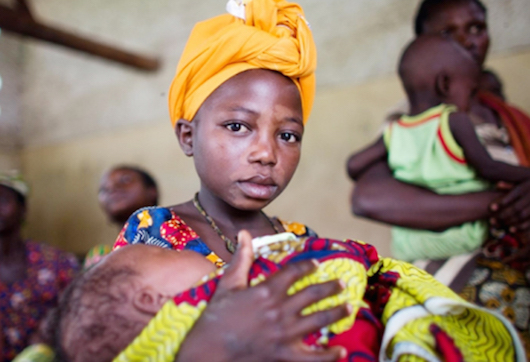 Every minute, 28 girls around the world who are under the age of 18 are forced into marriage. Child marriage is one of the most serious human rights violations of today. An average of 15 million girls are annually forced to marry before they are of legal marriageable age, and the consequences can be severe. Child brides are more likely to face domestic violence, HIV/AIDS and complications during pregnancy. Some brides are able to escape their marriage, but are then forced to return to an abusive home because they are not able to survive on their own.

Although there are laws that prohibit child marriage, these marriages still persist for many reasons, including poverty and cultural traditions. Parents who are poor tend to try to marry their children off at an earlier age in order to have one less mouth to feed. Also, some countries still practice dowry-giving (in which the bride’s family has to give a present to a groom at the time of marriage). Since dowries are lower for younger brides, many families who feel the need to give a dowry try to marry their daughters off at a young age.

Luckily, there are programs in place that work to reduce the amount of child marriages taking place throughout the world. One of the main ways to help is to increase the amount of access to education that girls receive. Girls who are able to complete their education are more likely to be able to support themselves, and therefore less likely to be forced into marriage in order to survive. Educating communities also plays a large part in decreasing the number of child marriages which occur.

Canada has been an important player in the fight against early and forced marriages. As Girls Not Brides states, in 2013, Canada and Zambia co-led a U.N. Resolution to combat child, early and forced marriages. They are working to pass a second resolution by mid-November of 2015. Canada has also give $20 million to UNICEF in order to fight child marriage in Bangladesh, Burkina Faso, Ethiopia, Gambia, Yemen and Zambia.

The Canadian Broadcasting Channel reports that on Wednesday, July 8, 2015, Canada’s Foreign Affairs Minister announced that the government would give $10 million to end child, early and forced marriages worldwide. $2.3 million of that money is to go towards promoting education and skills training for girls in the Commonwealth countries, and the rest of the money is meant for local community groups, governments and NGOs which work to end child marriages.

This increase in funding is part of the Canadian Government’s Muskoka Initiative, a $3.5 billion pledge which focuses on maternal, child and newborn health. Eleven Canadian NGOs are going to share $180 million in the next five years in order to help with projects which address nutrition, sanitation, hygiene and health worker training.
Increasing aid is an important step towards making certain foreign affairs issues a priority. By giving money to fight child marriage, Canada reinforces just how important it is to end the human rights violation of forced marriages once and for all.